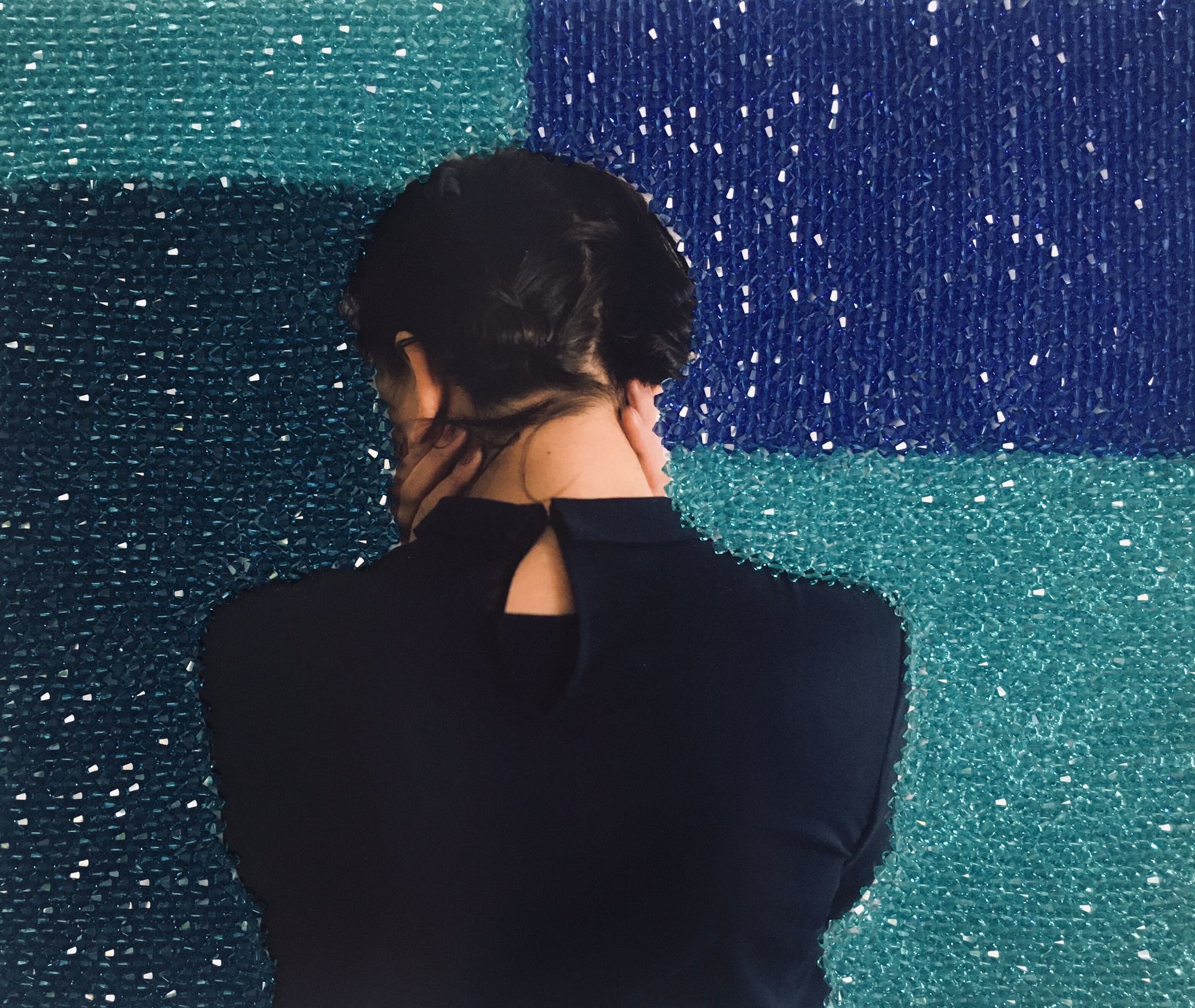 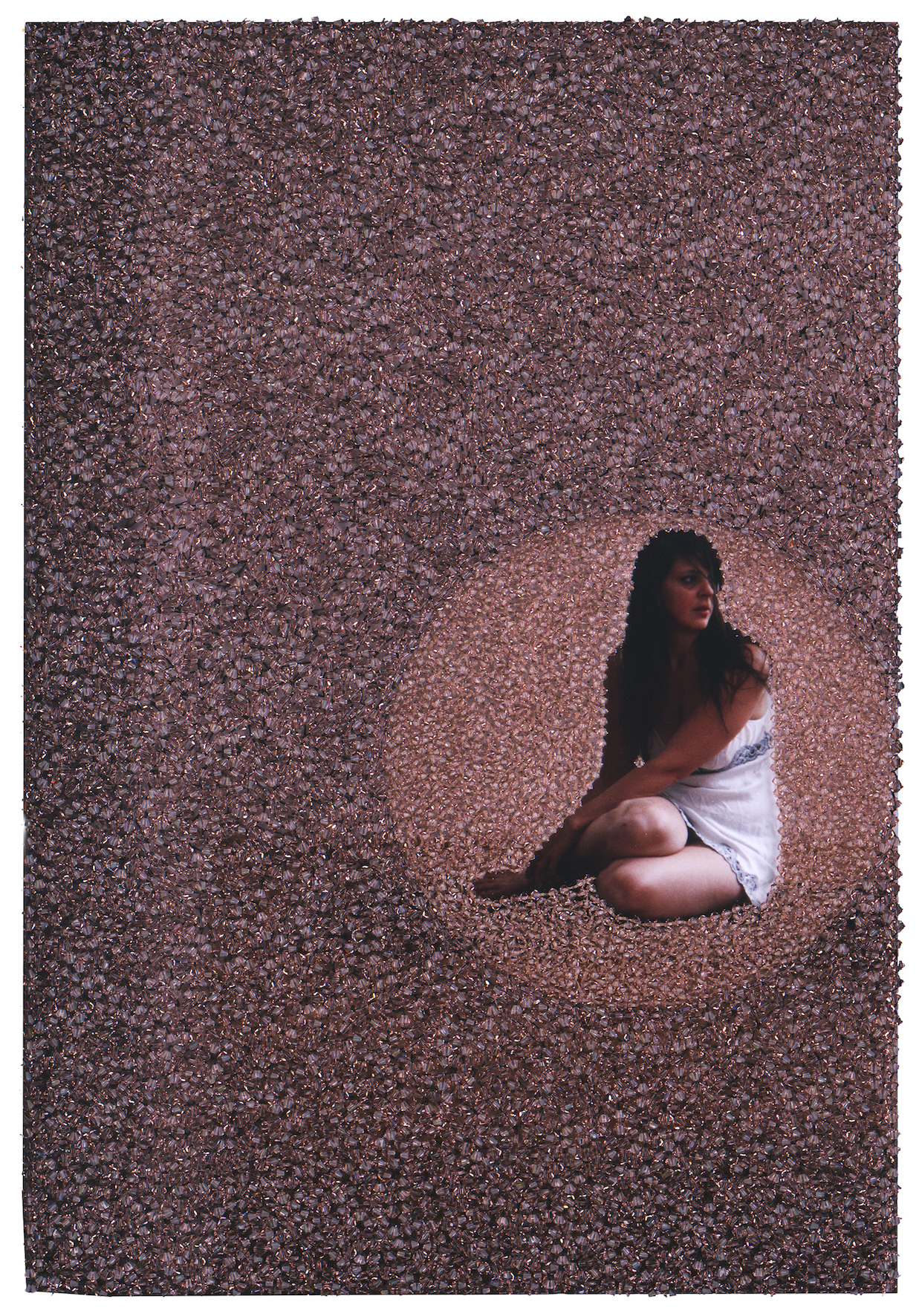 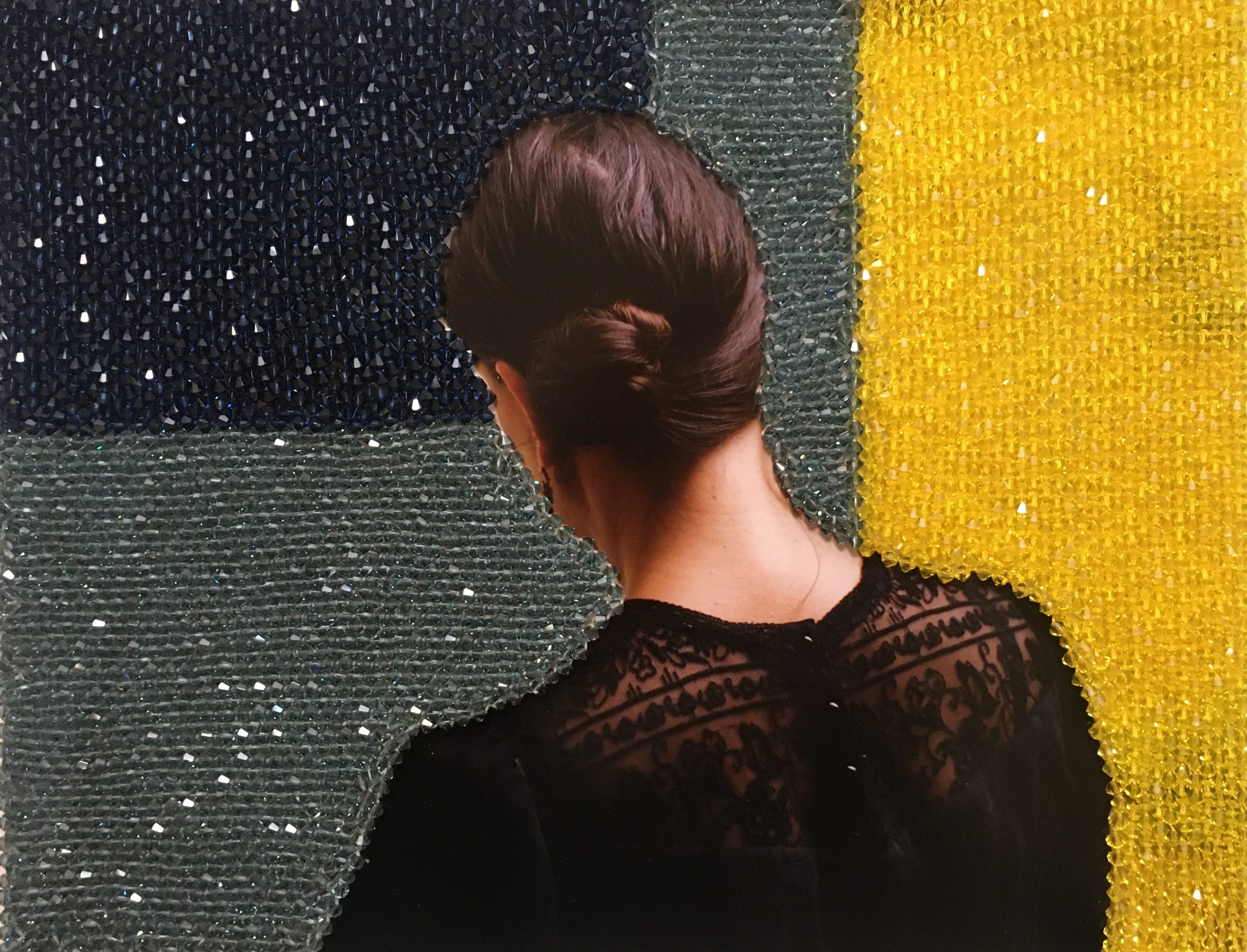 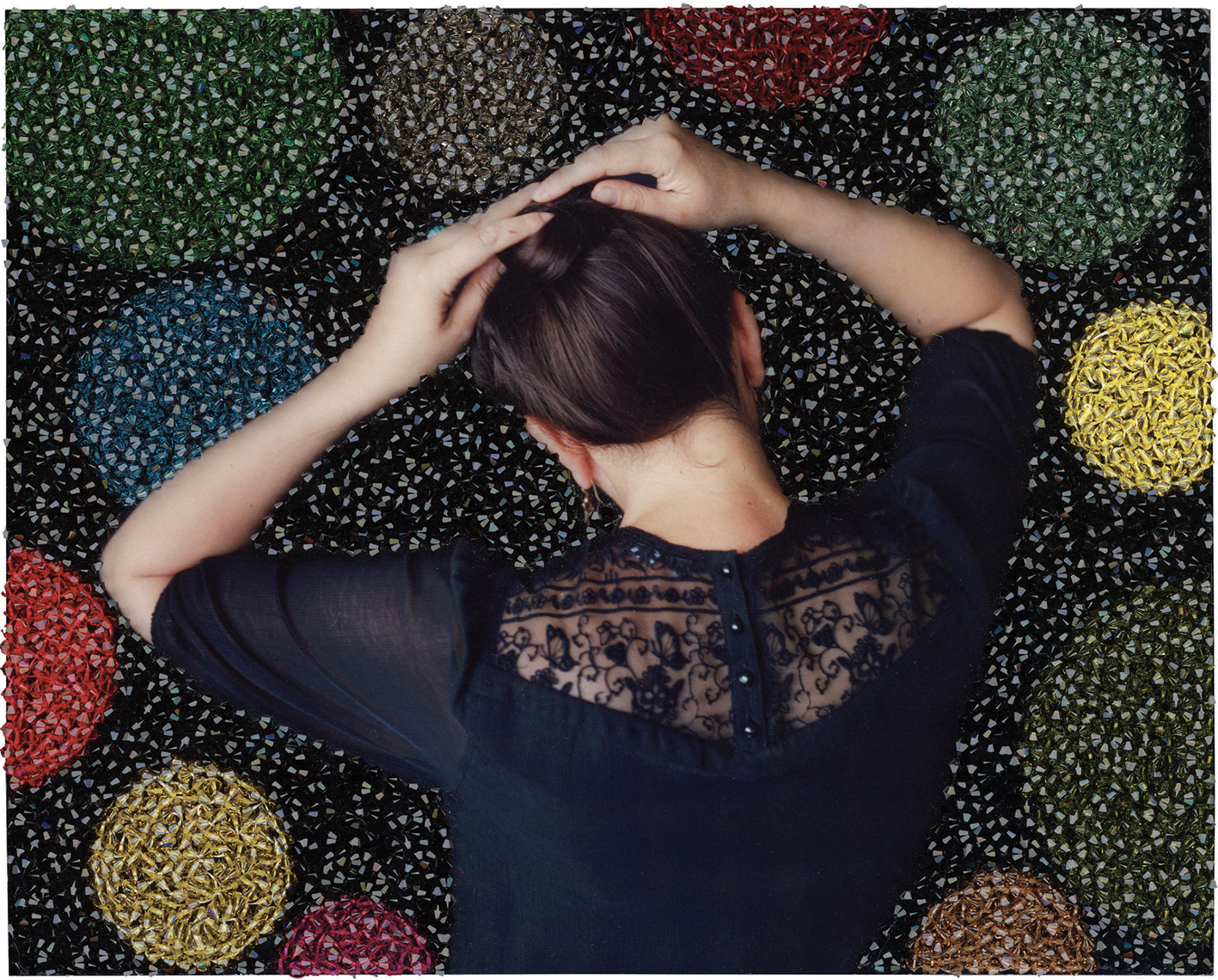 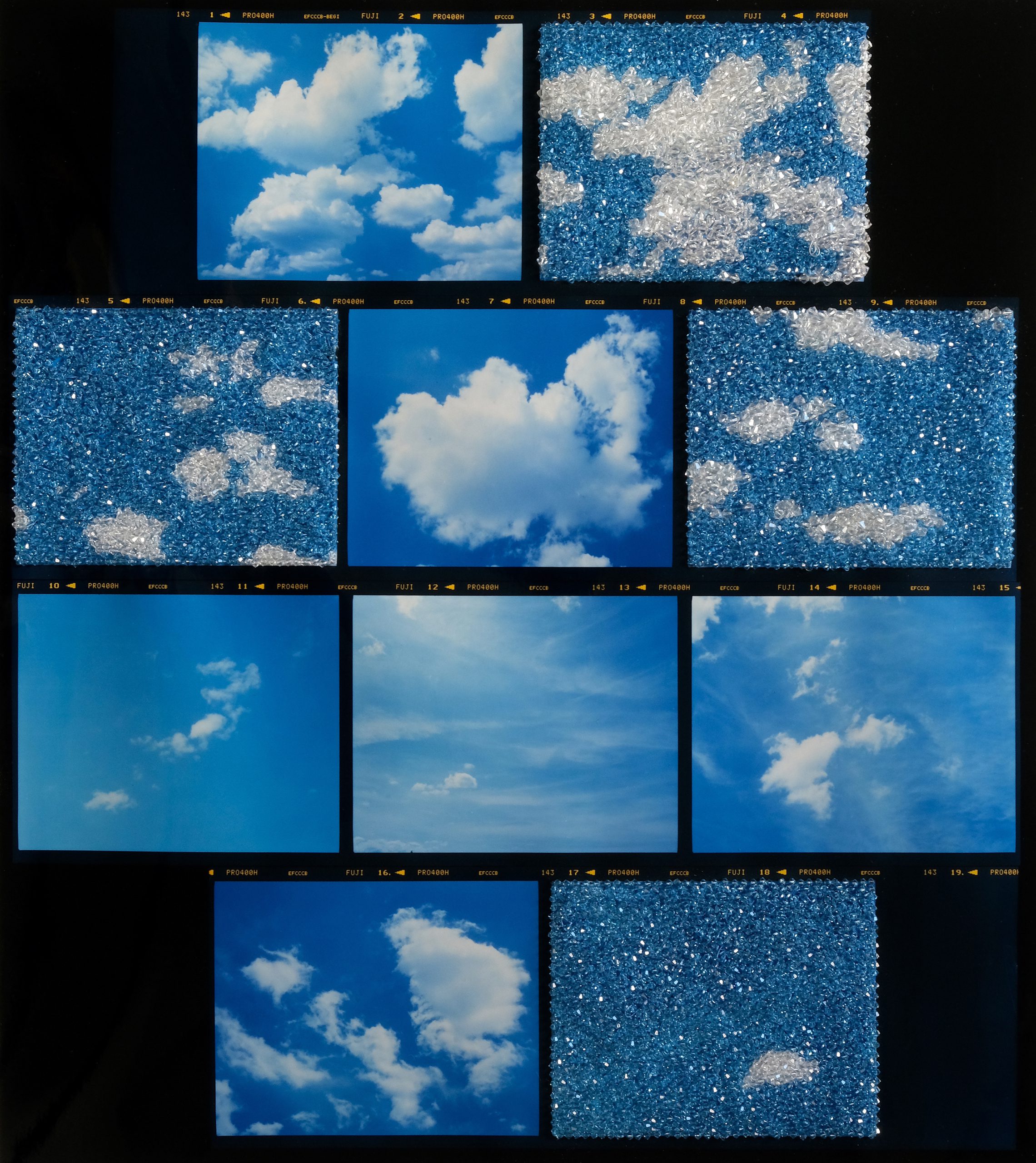 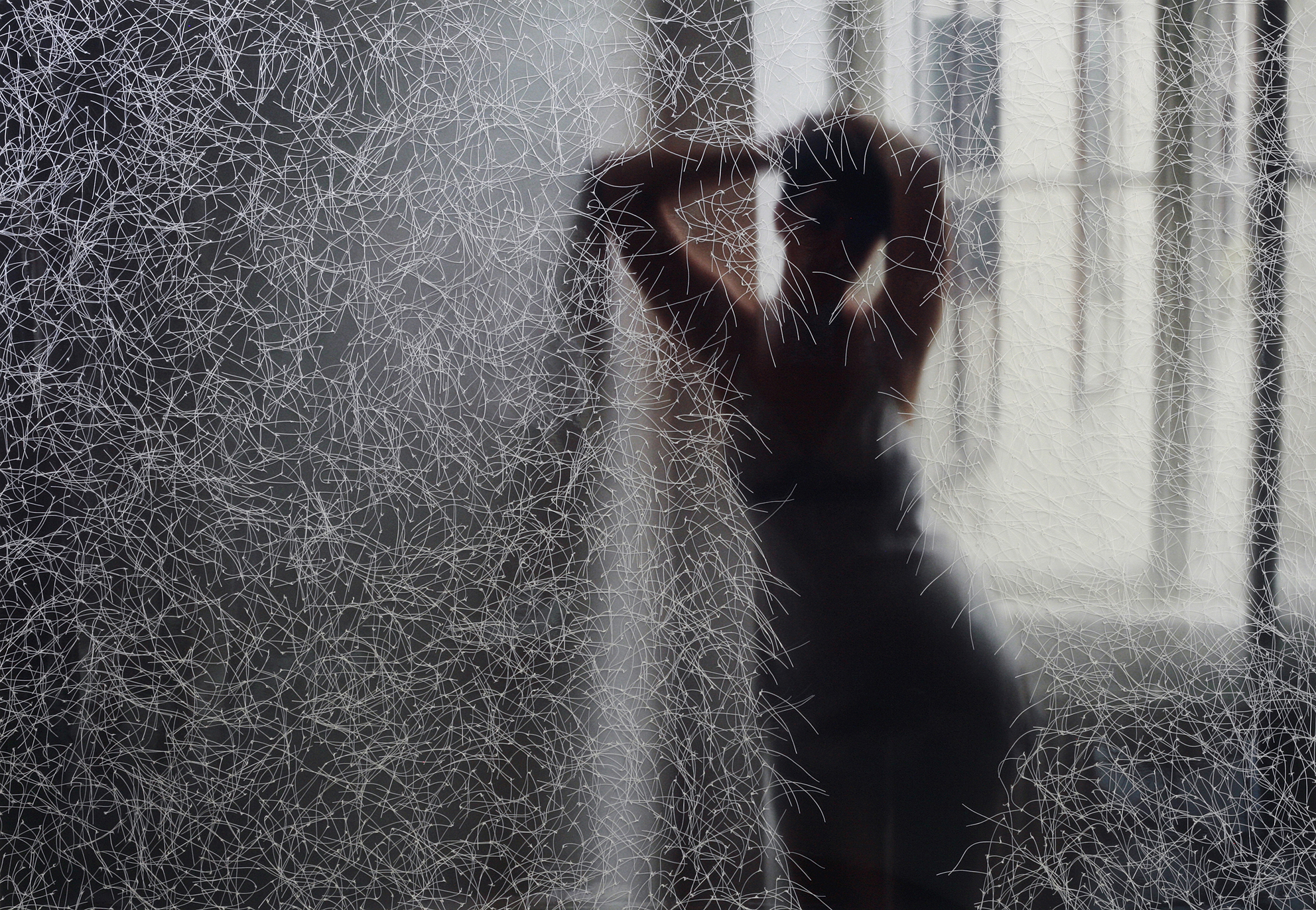 Me, in front of the window | 2020Information requestRenseignements 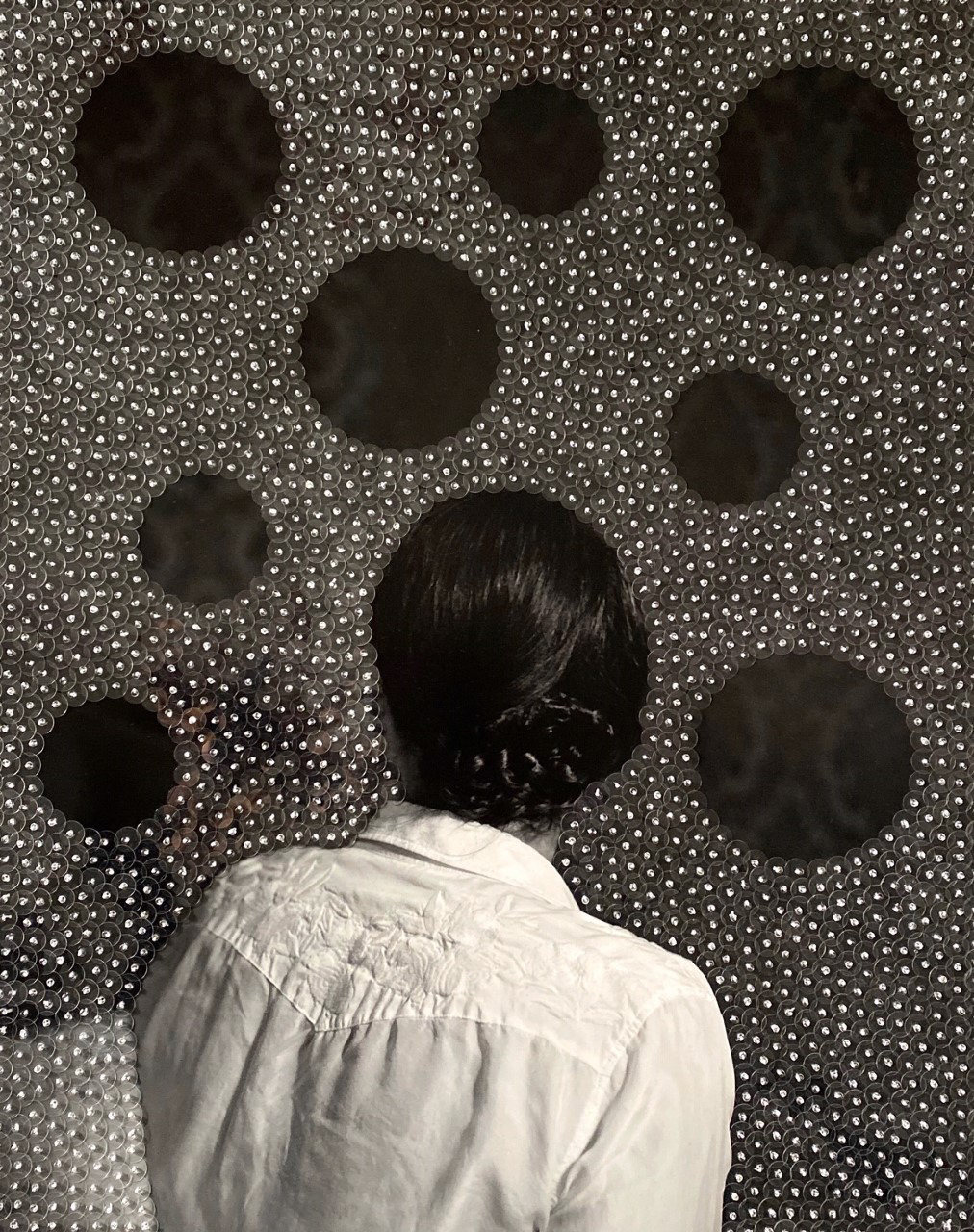 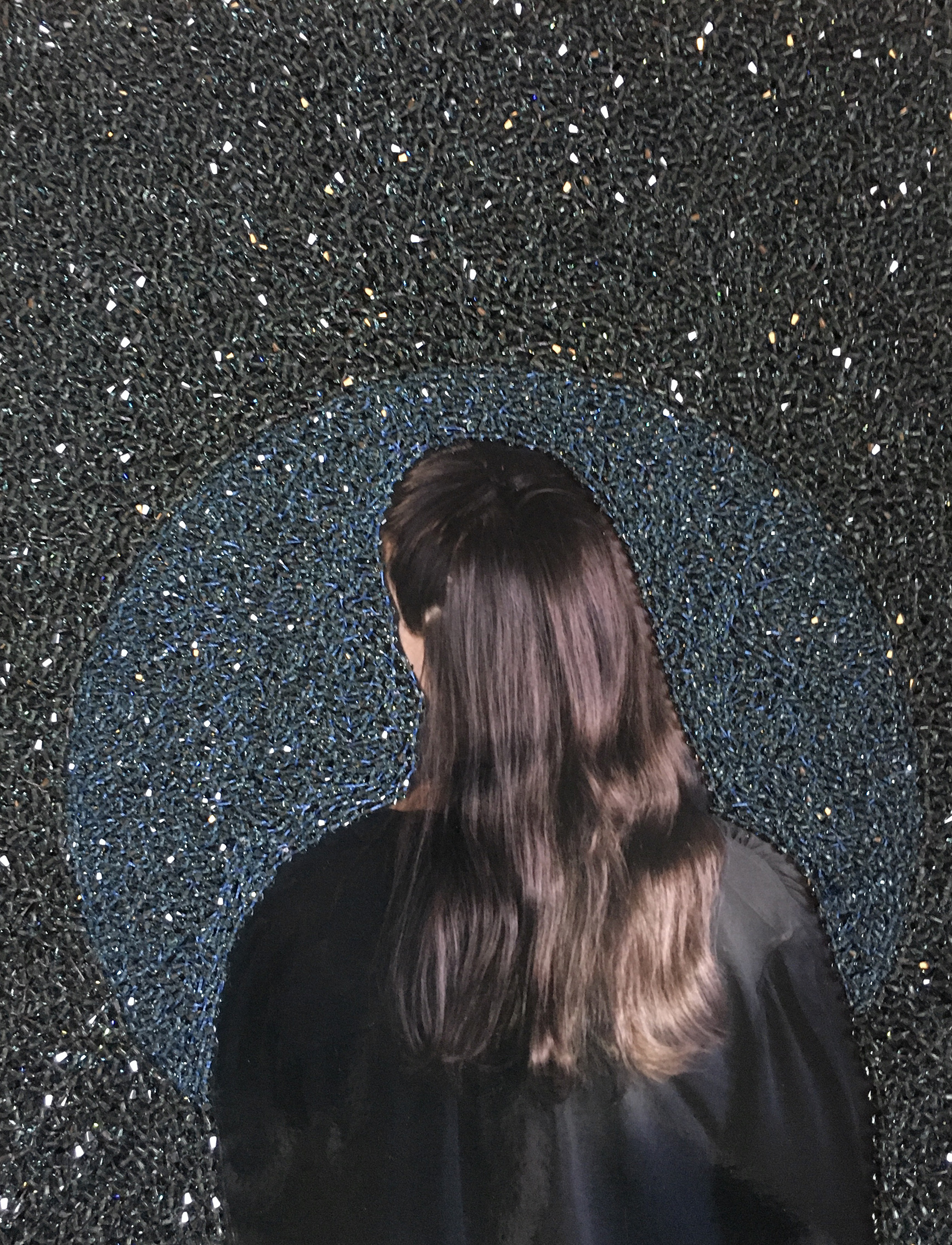 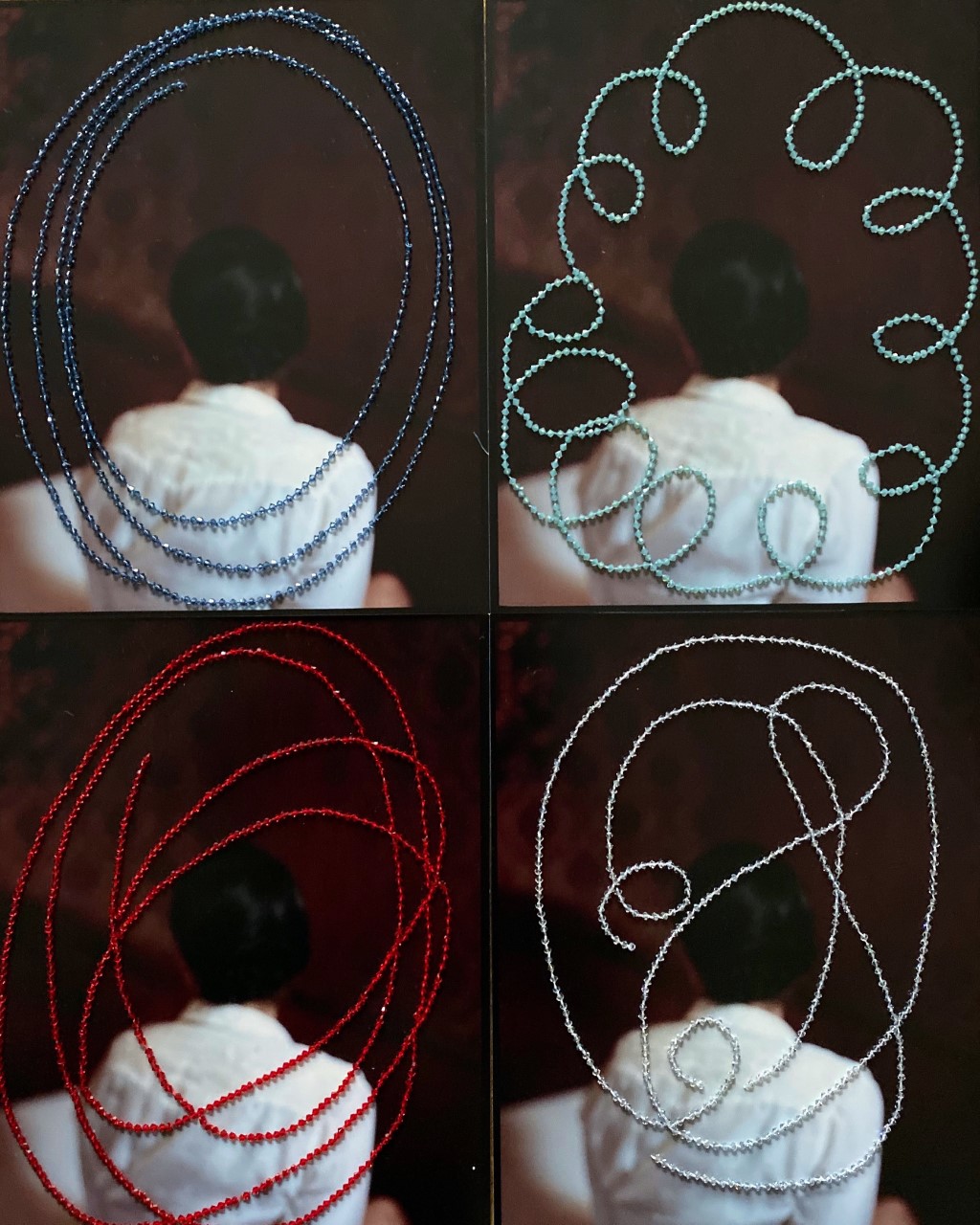 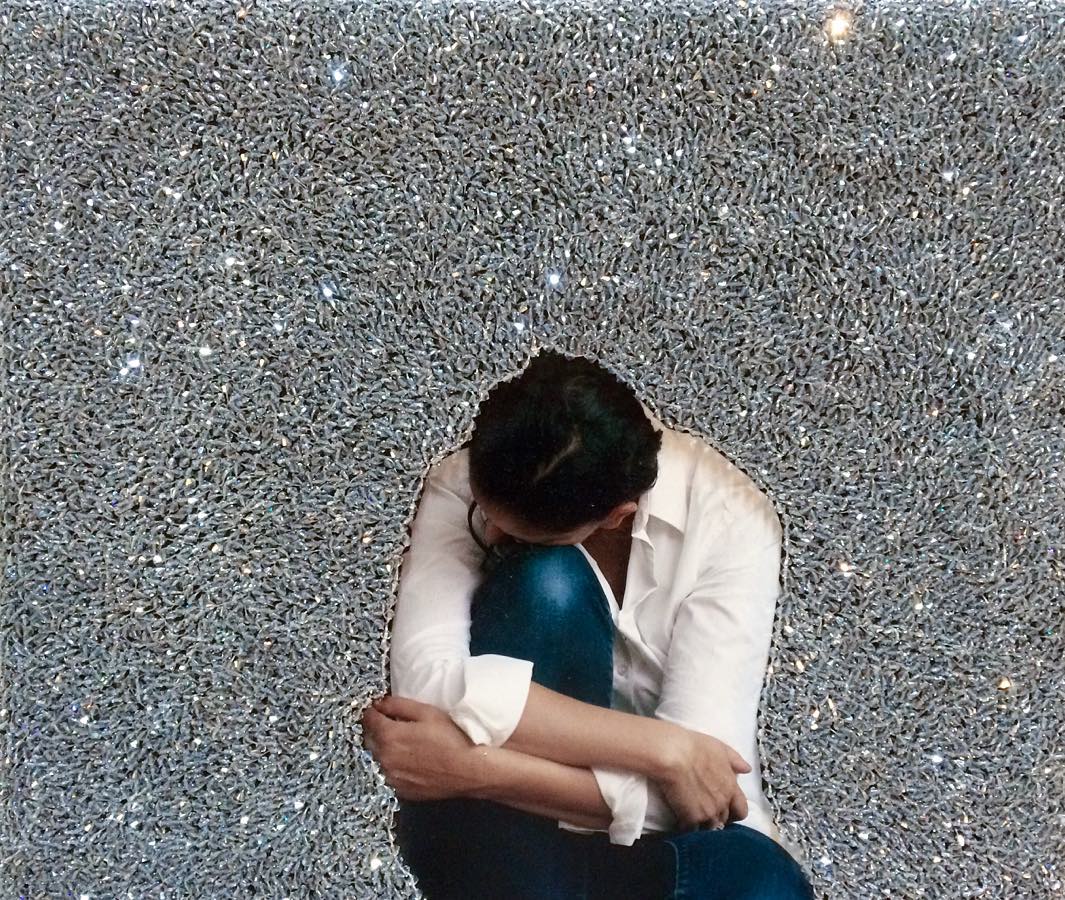 Sissi Farassat was born in Tehran in 1969 and moved with her family to Vienna in 1978. Her works are largely autobiographical and often reveal her personal history through a unique combination of influences of Persian and Viennese art and design. She began by altering her own expired passports, embellishing them with sequins and beadwork, again repurposing the passport from its original use to a unique artwork. Since then, Farassat has used either intimate self-portraits, or casual snapshots of her friends and close acquaintance. The images are neither staged nor formally posed, but are always seductive and somewhat mysterious.

Farassat tends to isolate each photograph’s subject with her handiwork, replacing the original background with a delicate overlay. By doing so, she blurs the distinction between the photograph and the object, the revealed and the concealed, and eliminates the subject from its original context. Farassat challenges our gaze and seems to take pleasure in the ambivalence of her transformations.

Encountering her works, one quickly sees that hundreds of hours have been spent changing by hand each photograph into a unique object. Farassat drastically alters the most inherent properties of the photographic medium: the instantaneousness of the camera and the possibility of creating multiple photographic prints. Instead, she takes needle and thread to each print, and hand-stitches thousands of crystals, beads, and sequins, transforming the photograph into a type of tapestry.

Sissi Farassat has been a working photographer since 1991 and attended the International Summer Academy conducted by Nan Goldin in 1993. She was a student of Friedl Kubelka at the School of Fine Arts Photography in Vienna (1993-94). Afterwards, she received a stipend for Paris from the Austrian Department for Education, Science and Art to realize her series Self Portrait Paris. Her work has been widely exhibited internationally, amongst others at Landesgalerie Linz, Museum of Vienna, National Gallery of Art Poland, Galerie Kashya Hildebrand in Zürich, the Fototriennale in Vienna, Fotogalerie Vienna, Hara Museum Tokyo and Fotohof Salzburg. Farassat’s work is included in a number of important private and institutional collections, such as the Fotomuseum Winterthur, Museum für Gestaltung Zürich,MAK – Museum für Angewandte Kunst in Vienna, Museum Moderner Kunst Kärnten, Collection Essl in Vienna, Collection of the City of Linz and Collection of the City of Vienna. She lives and works in Vienna, Austria.