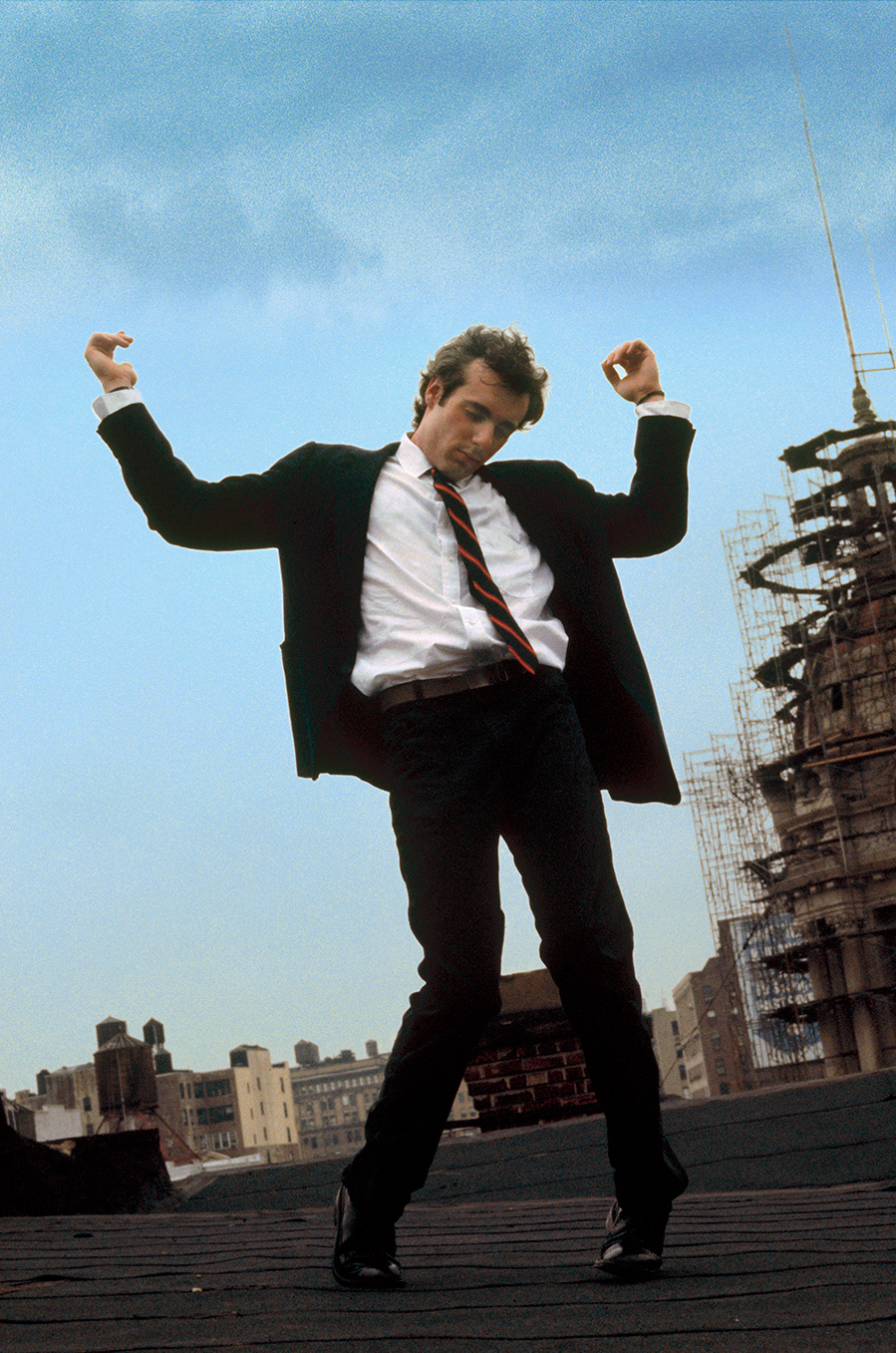 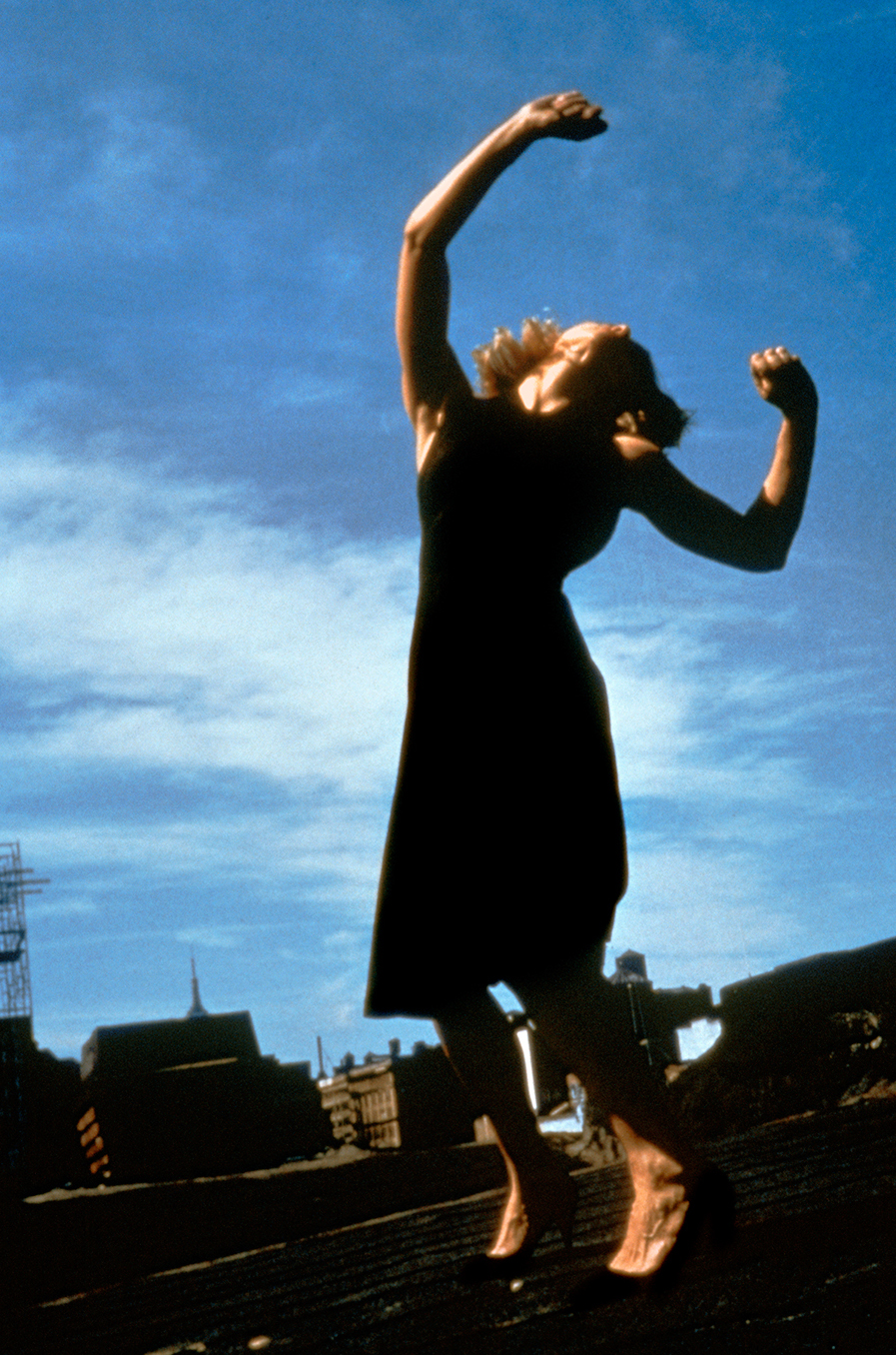 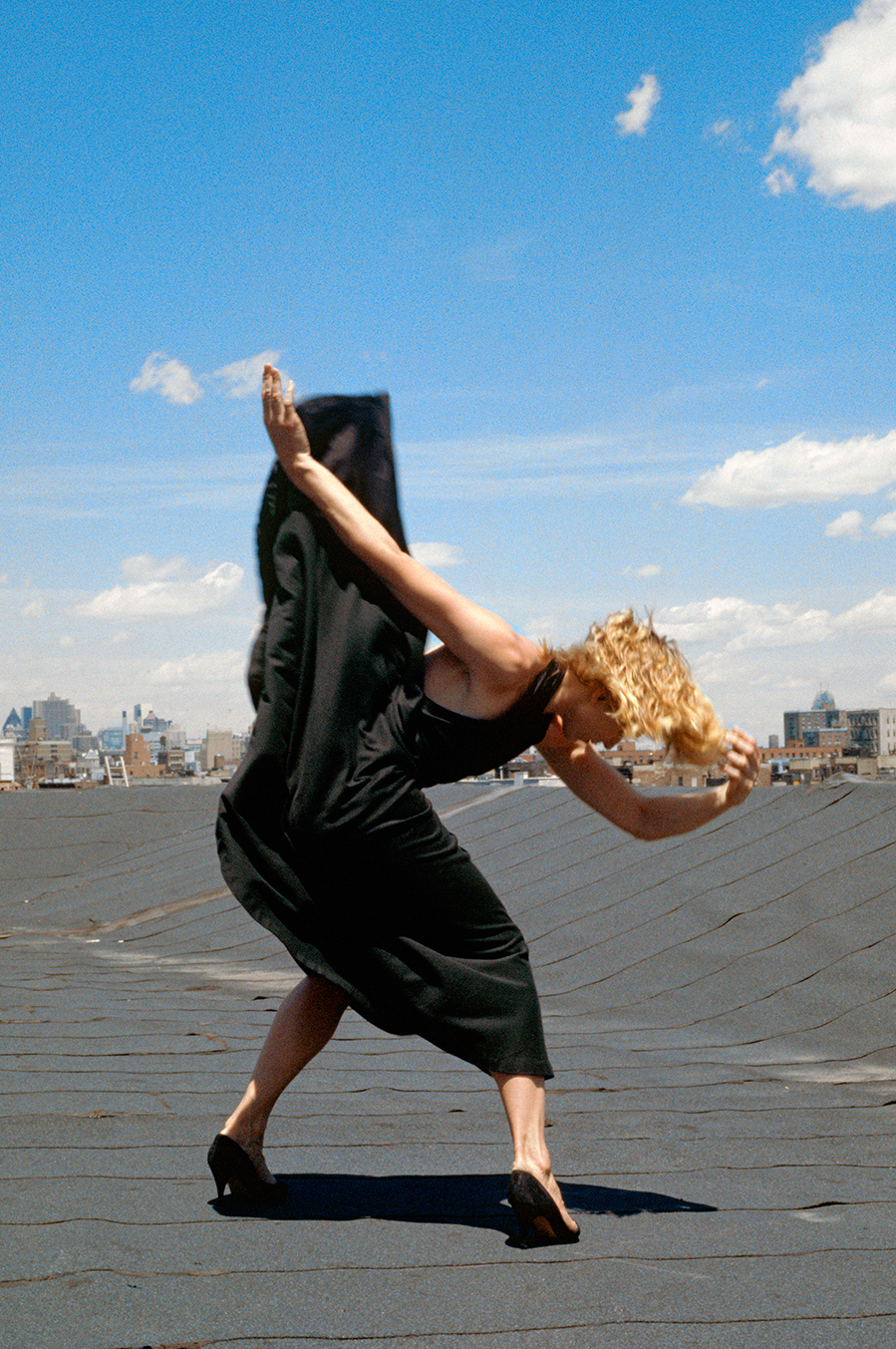 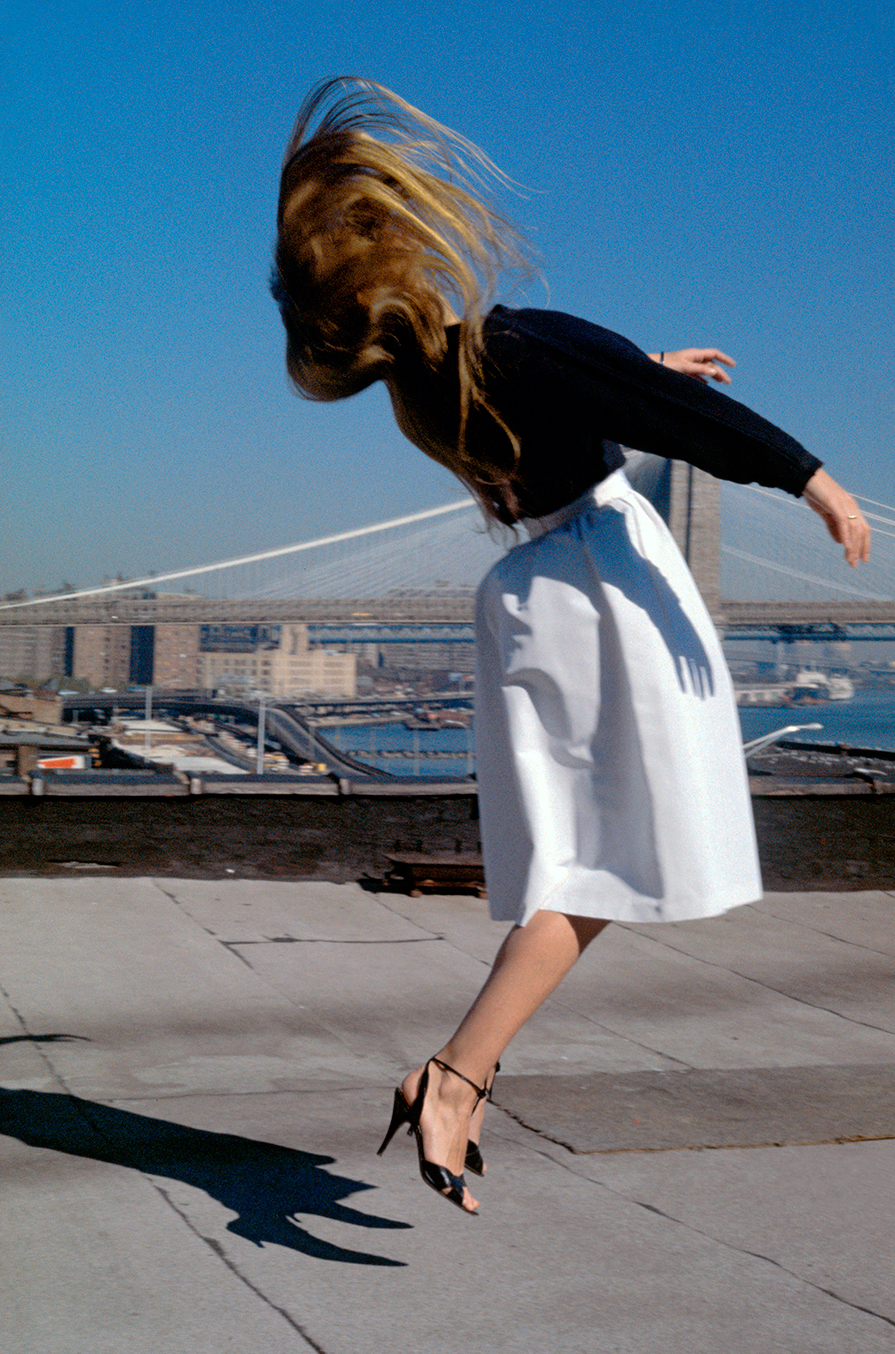 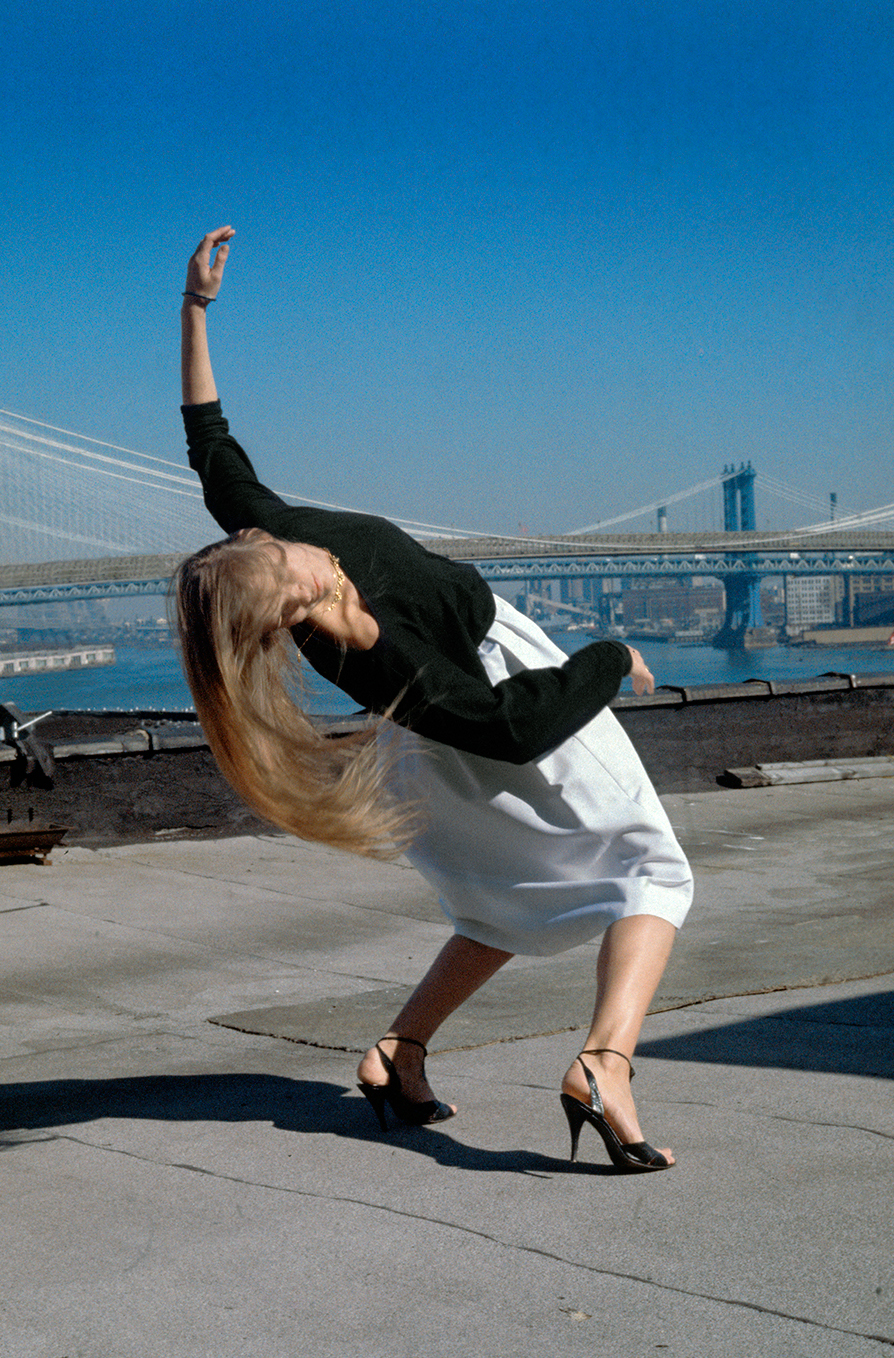 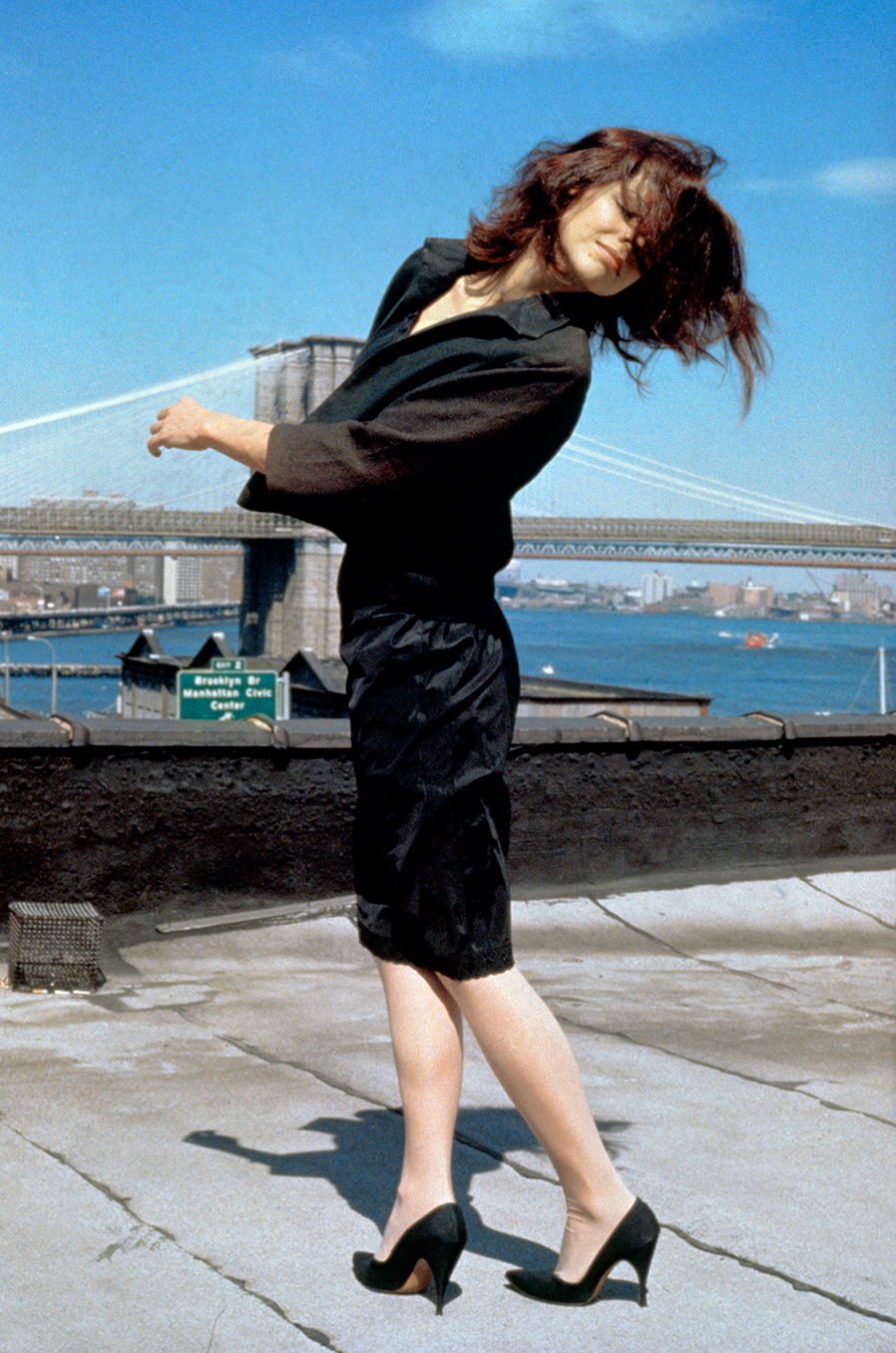 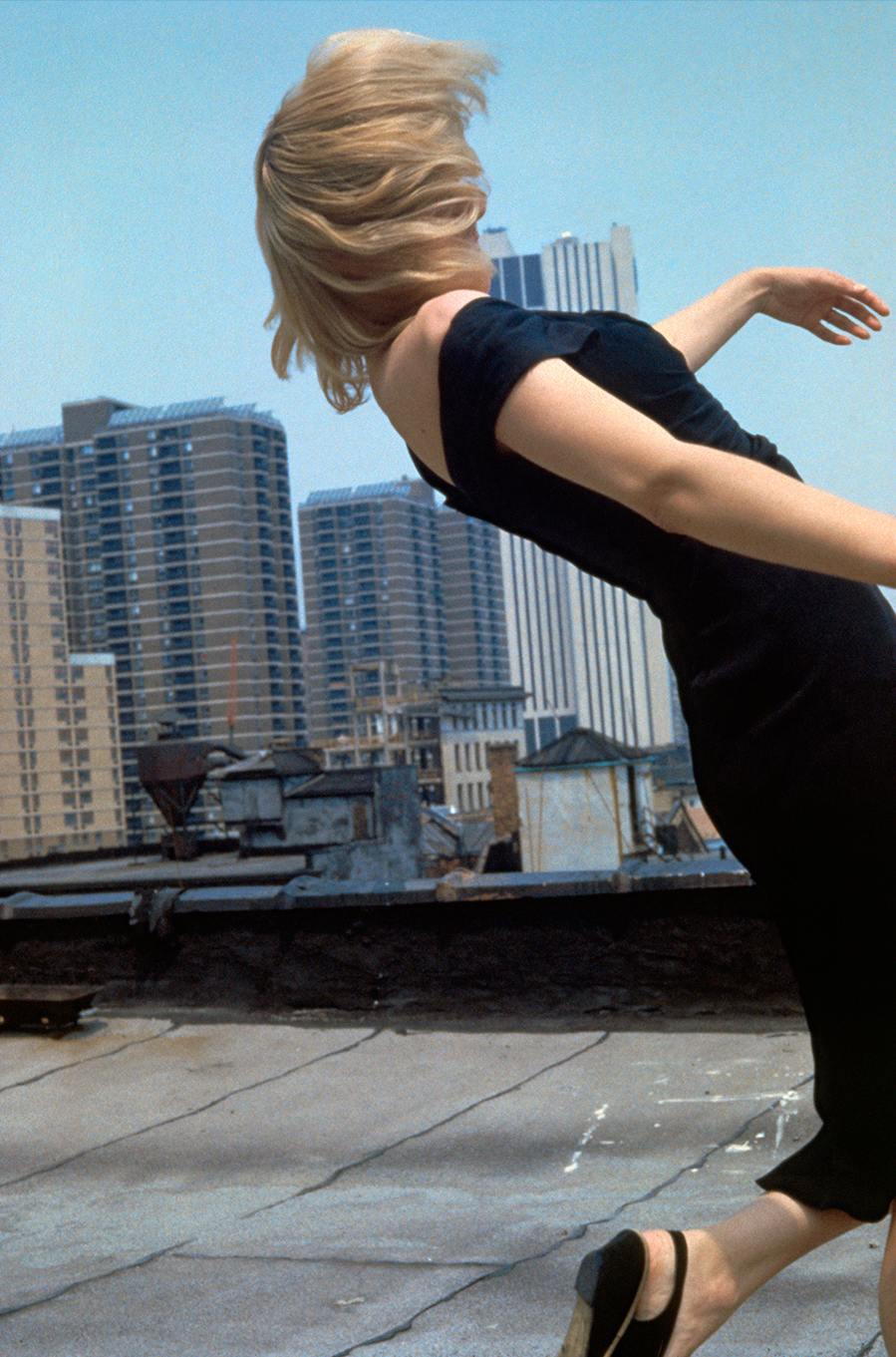 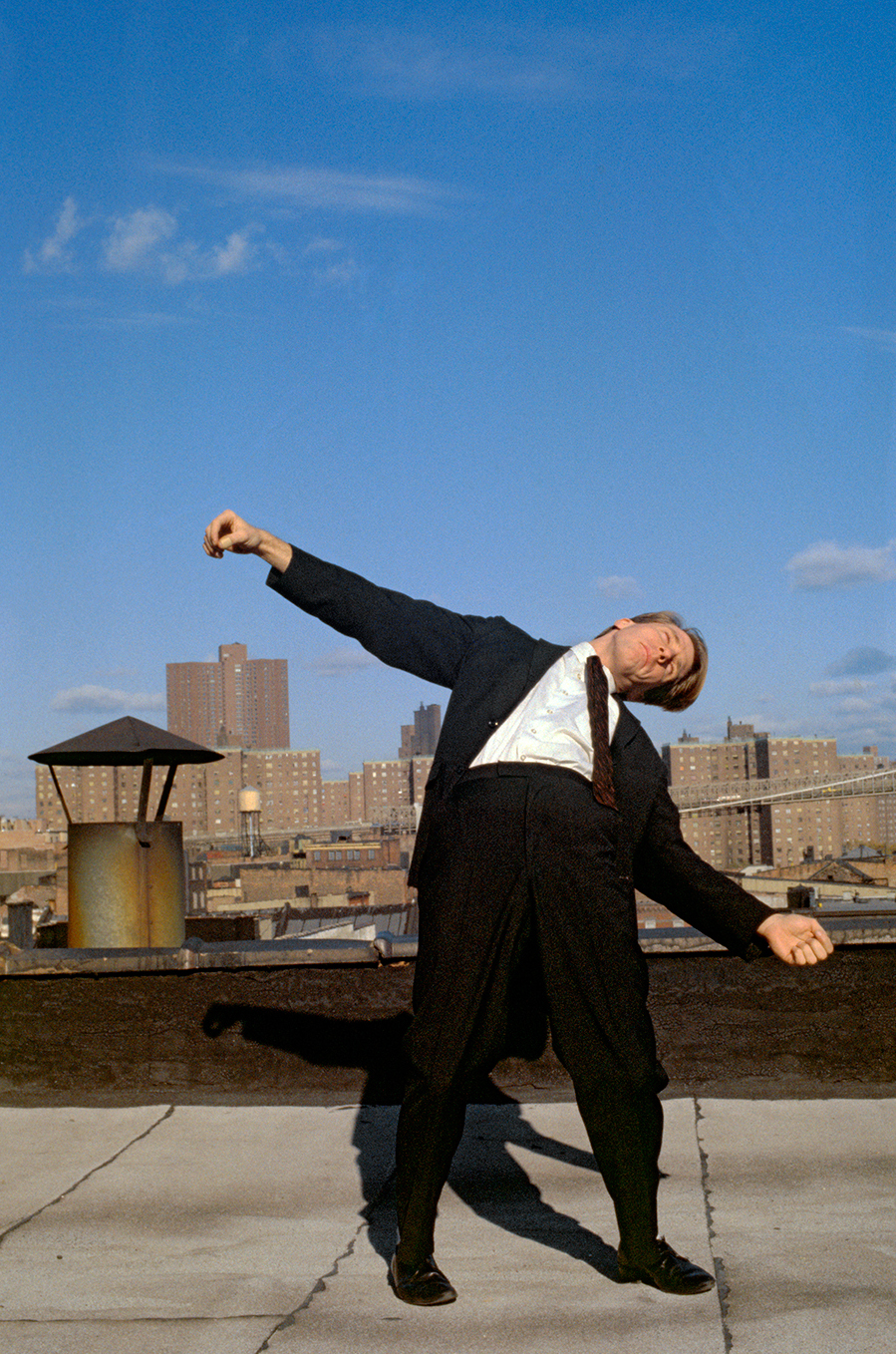 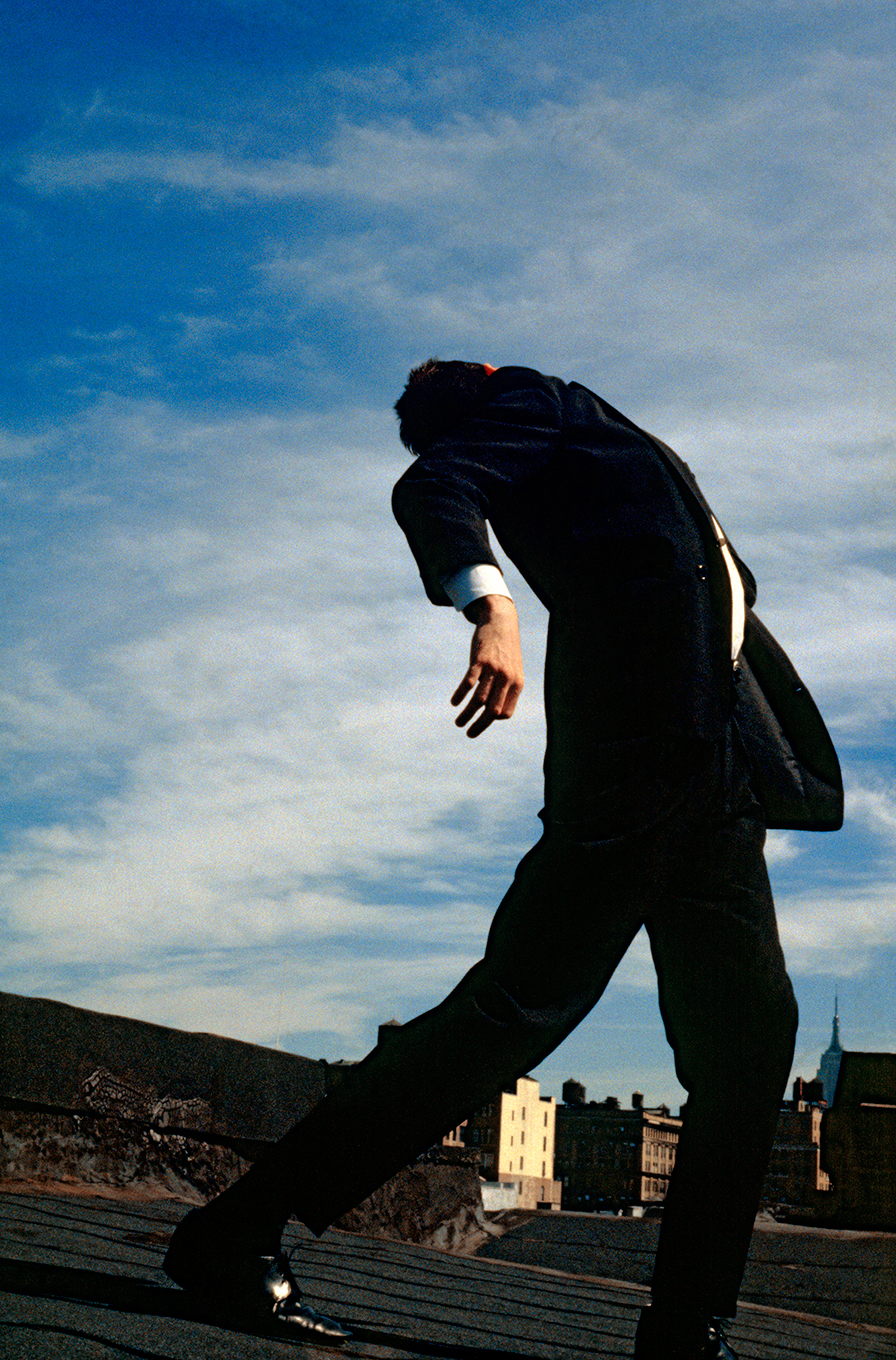 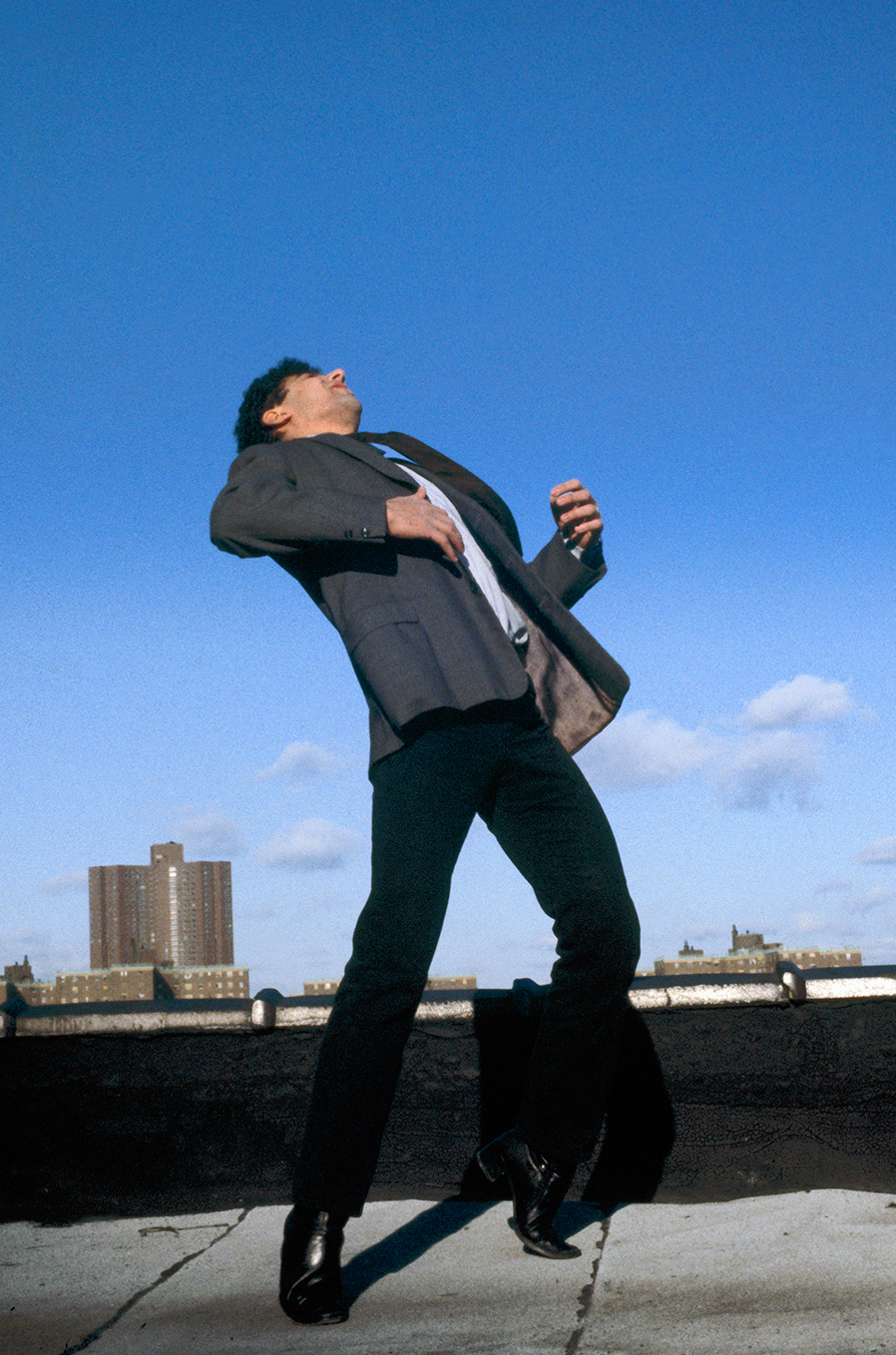 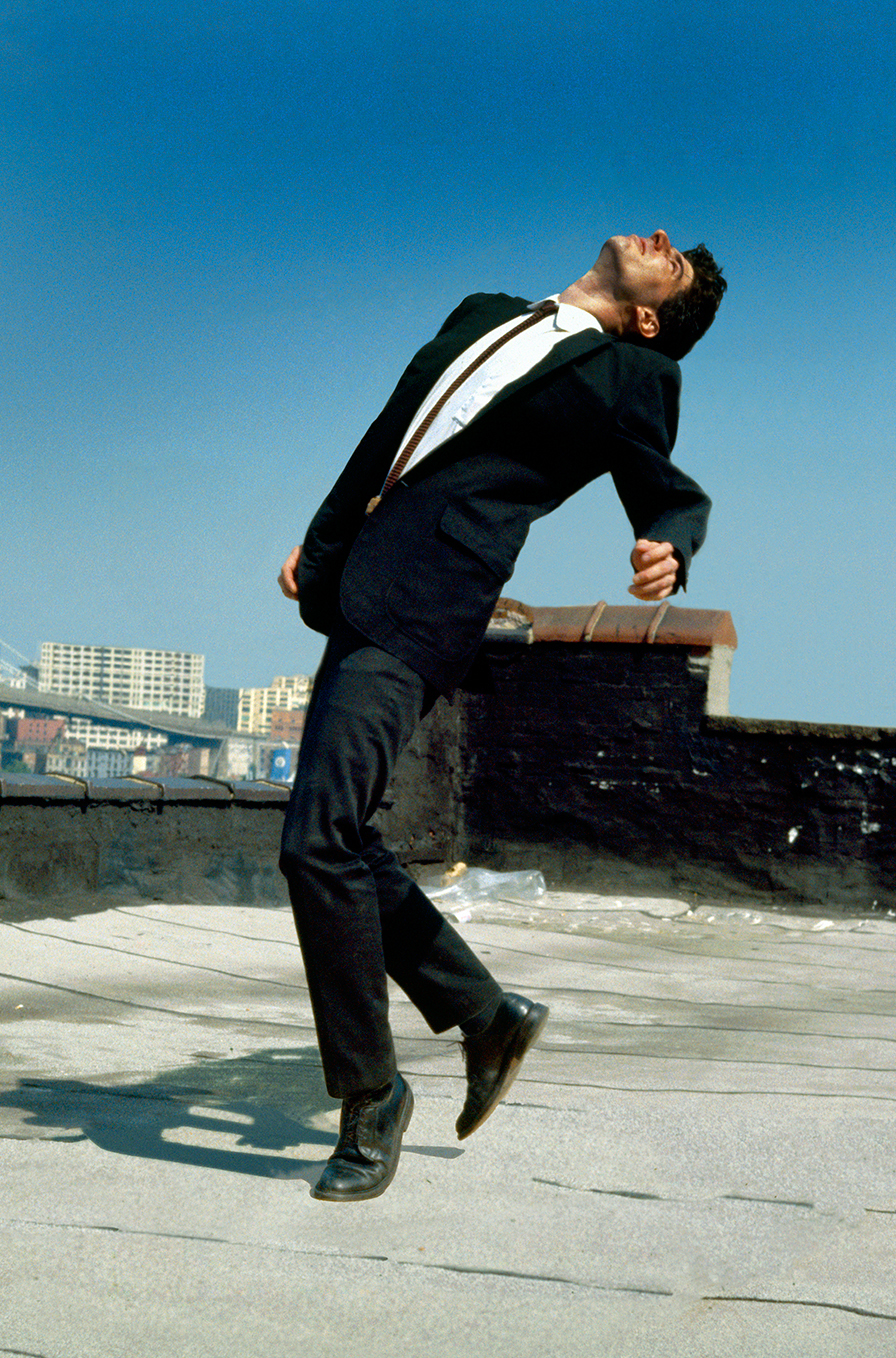 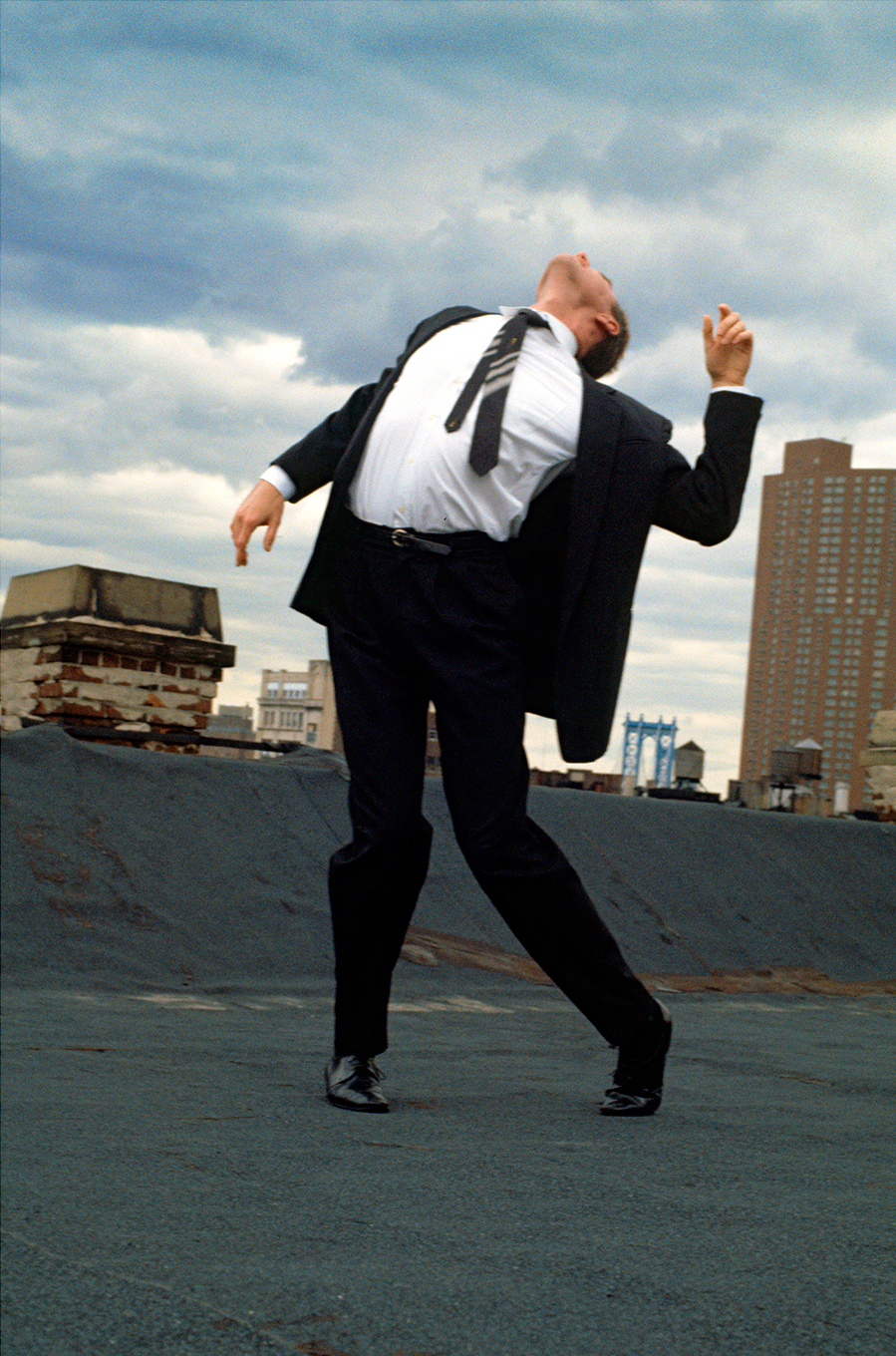 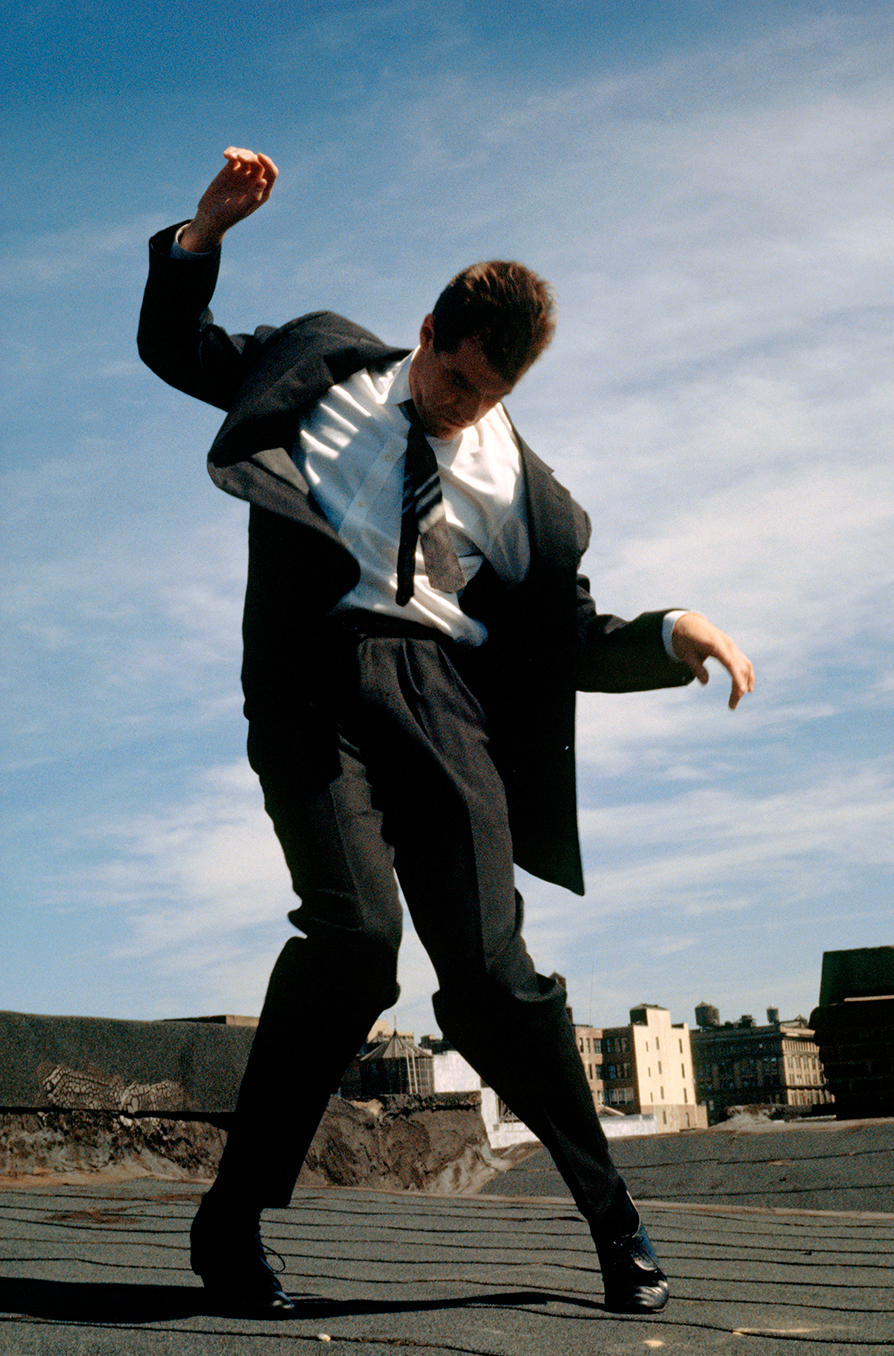 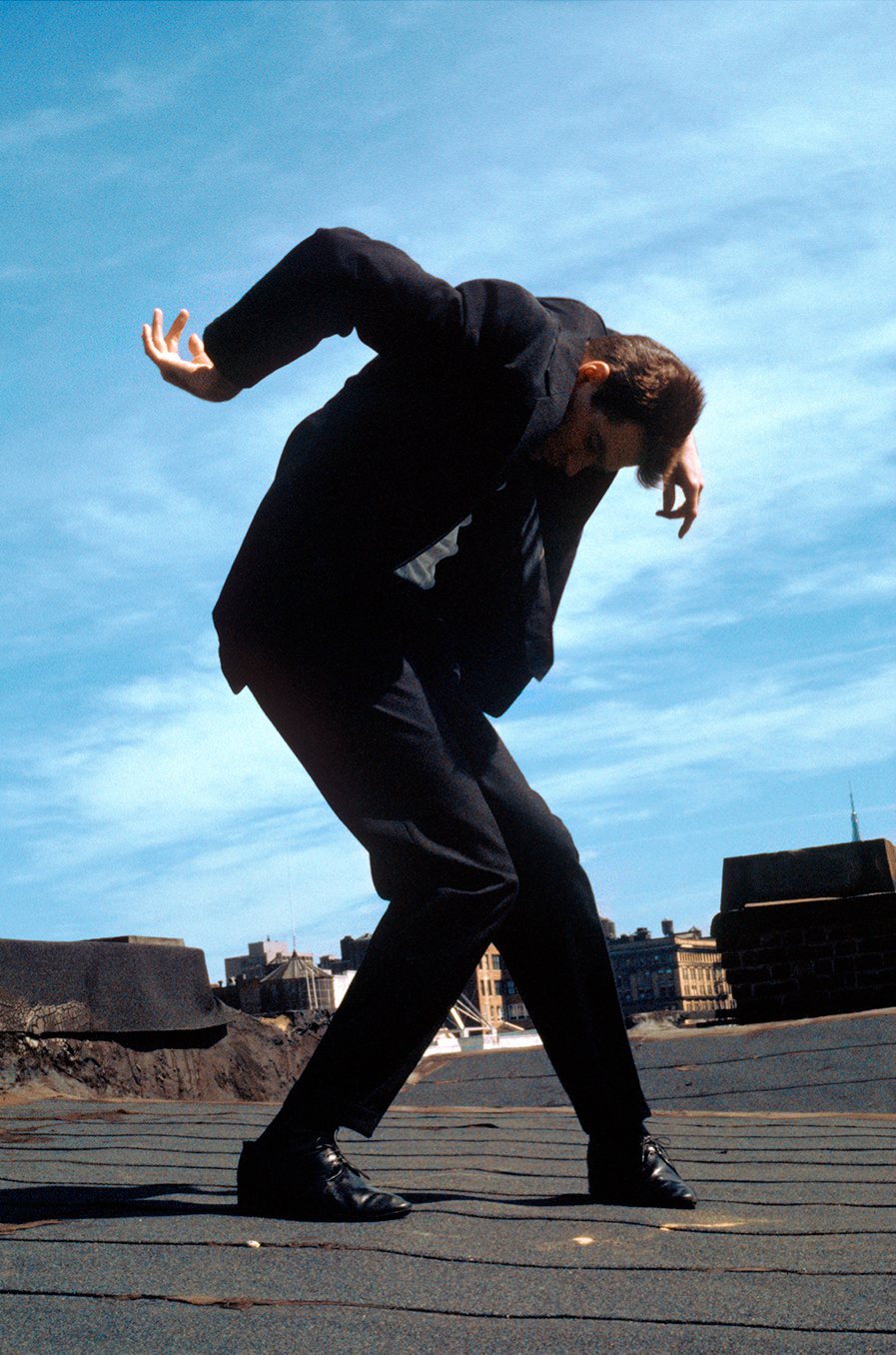 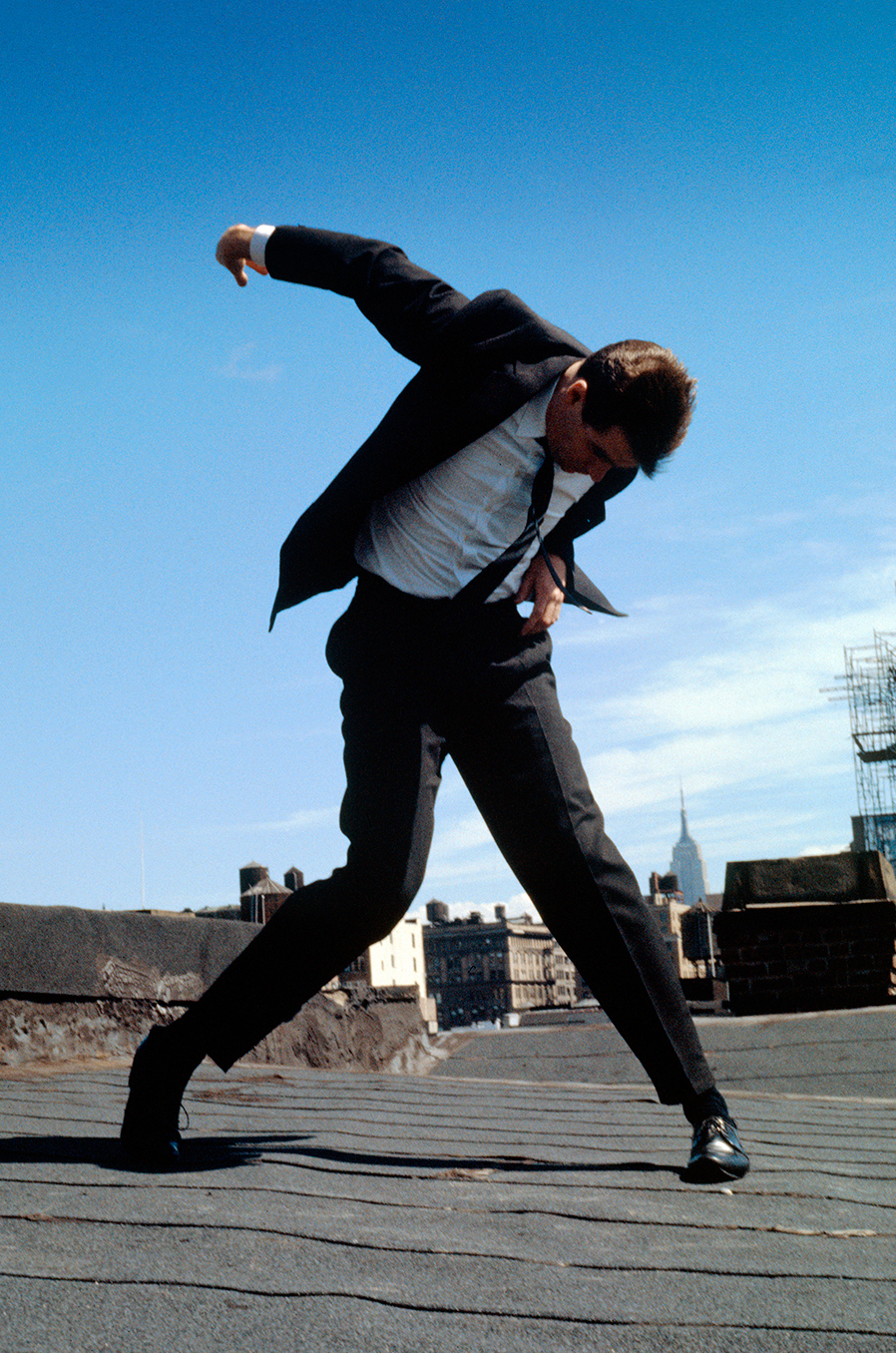 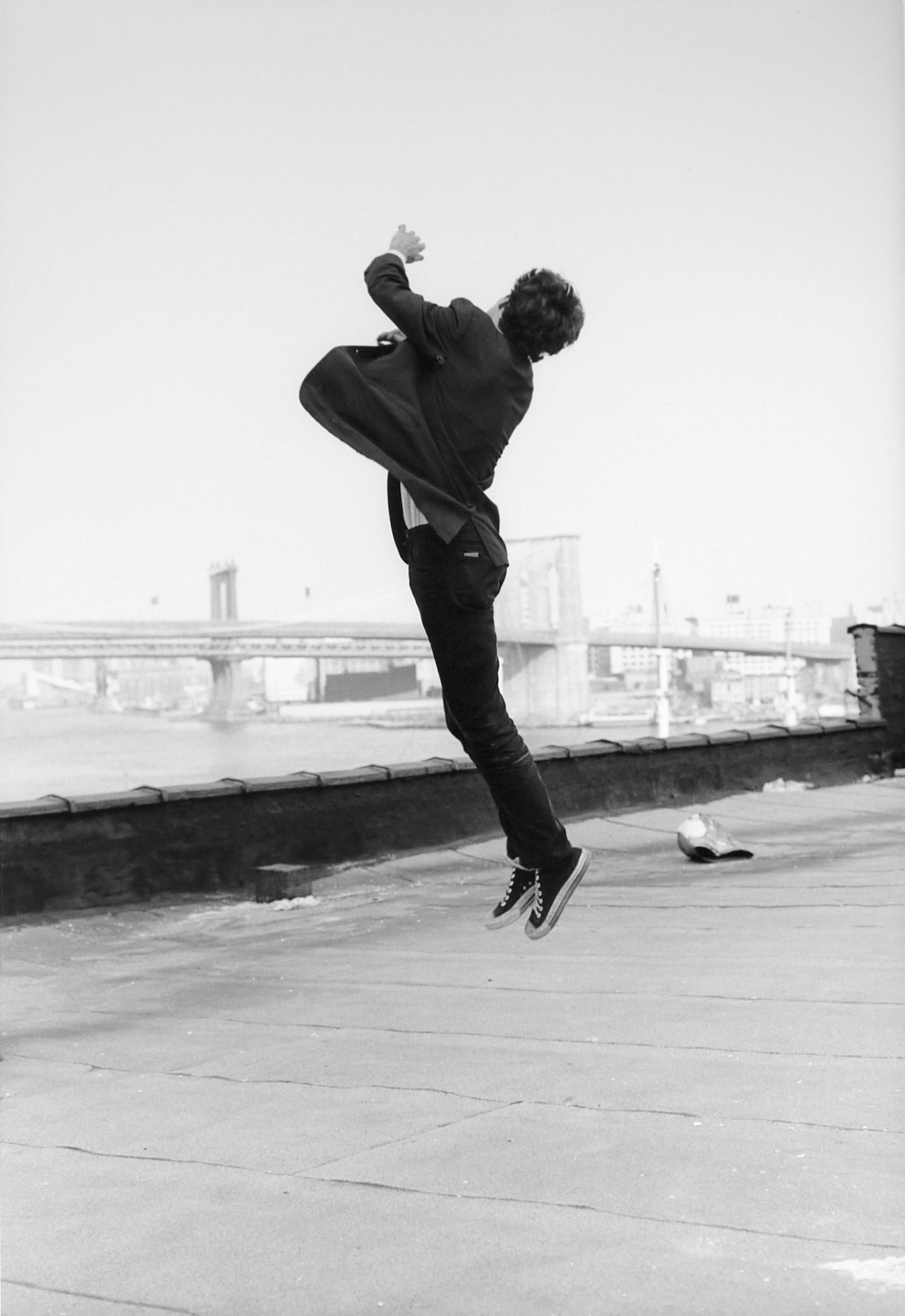 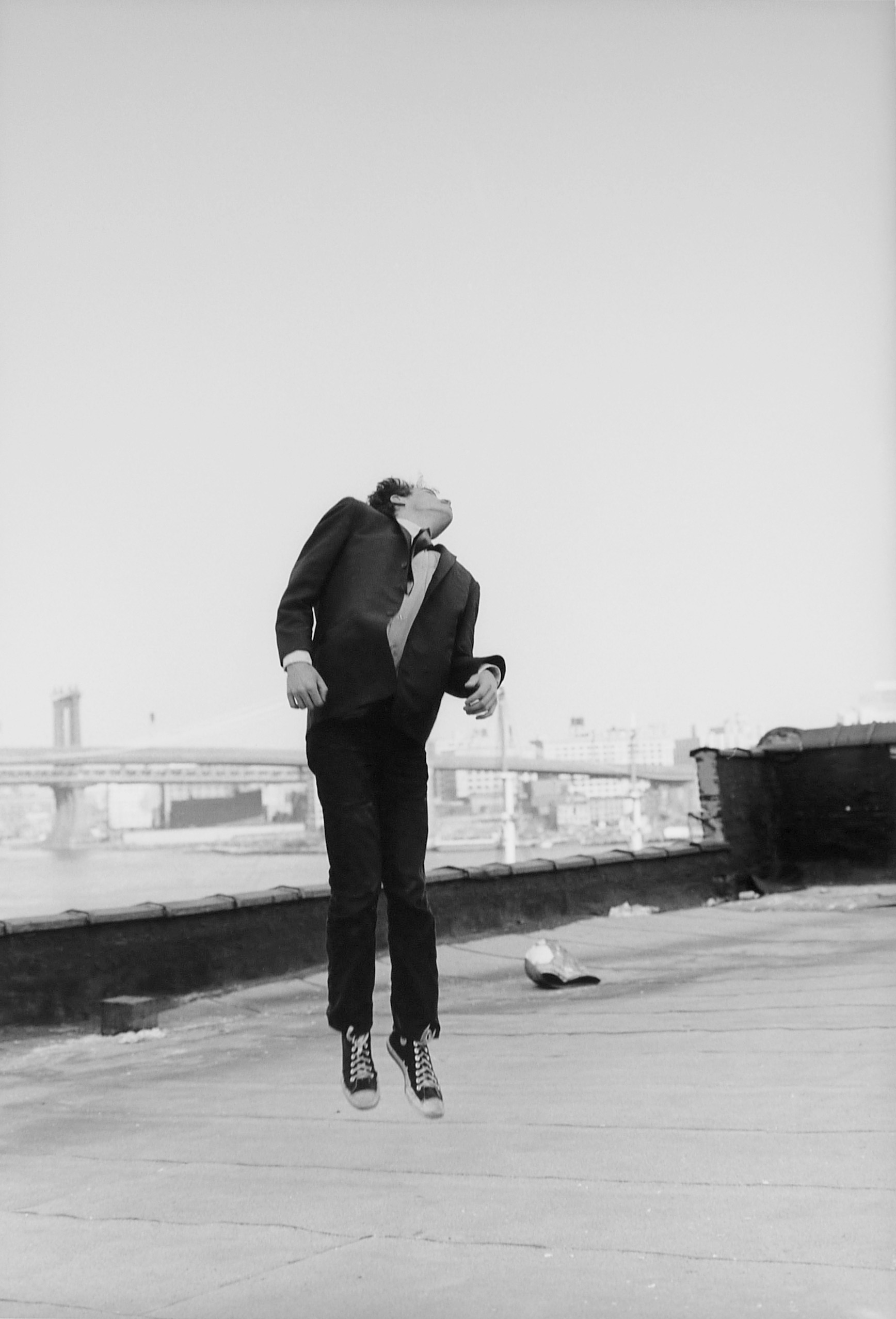 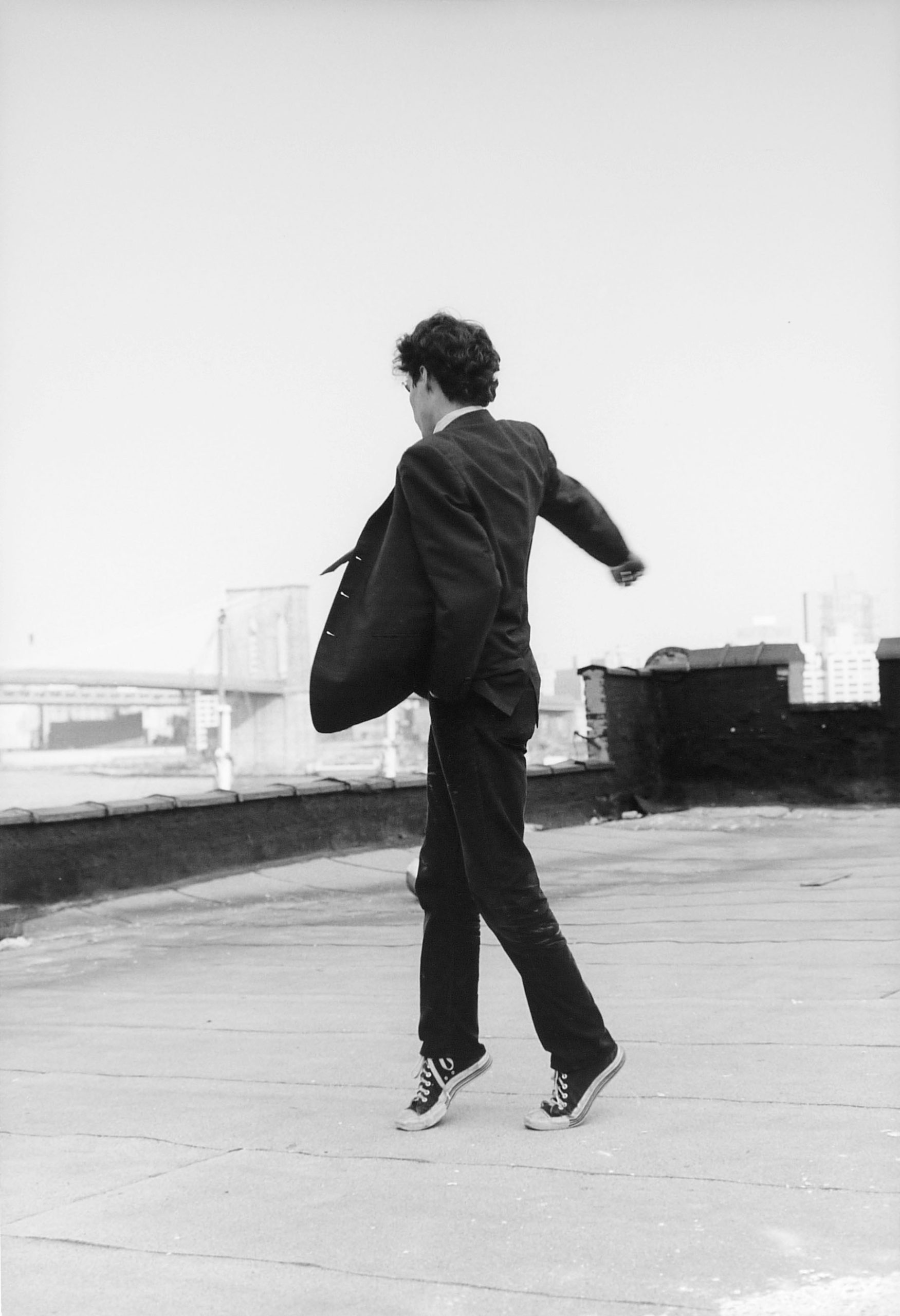 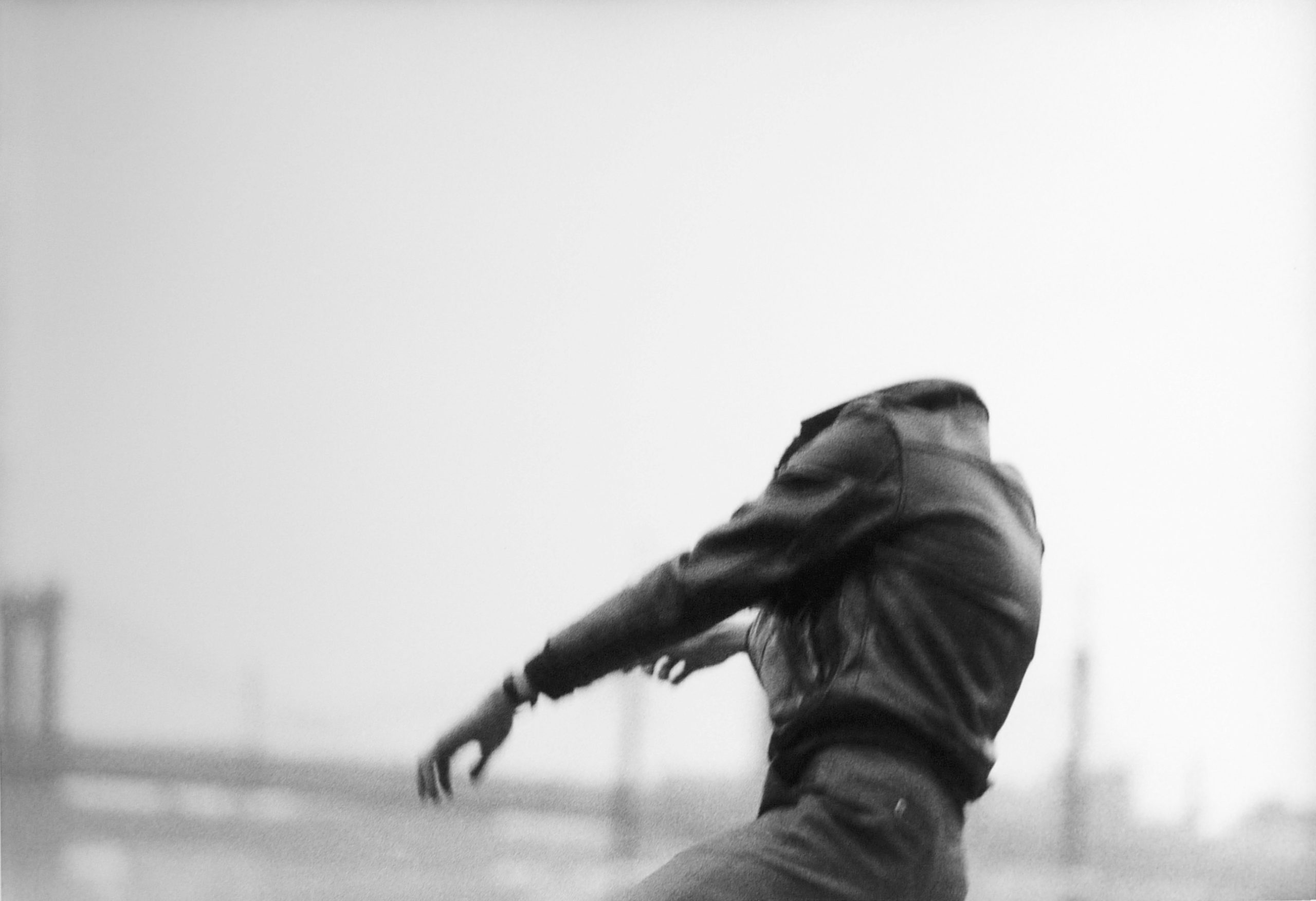 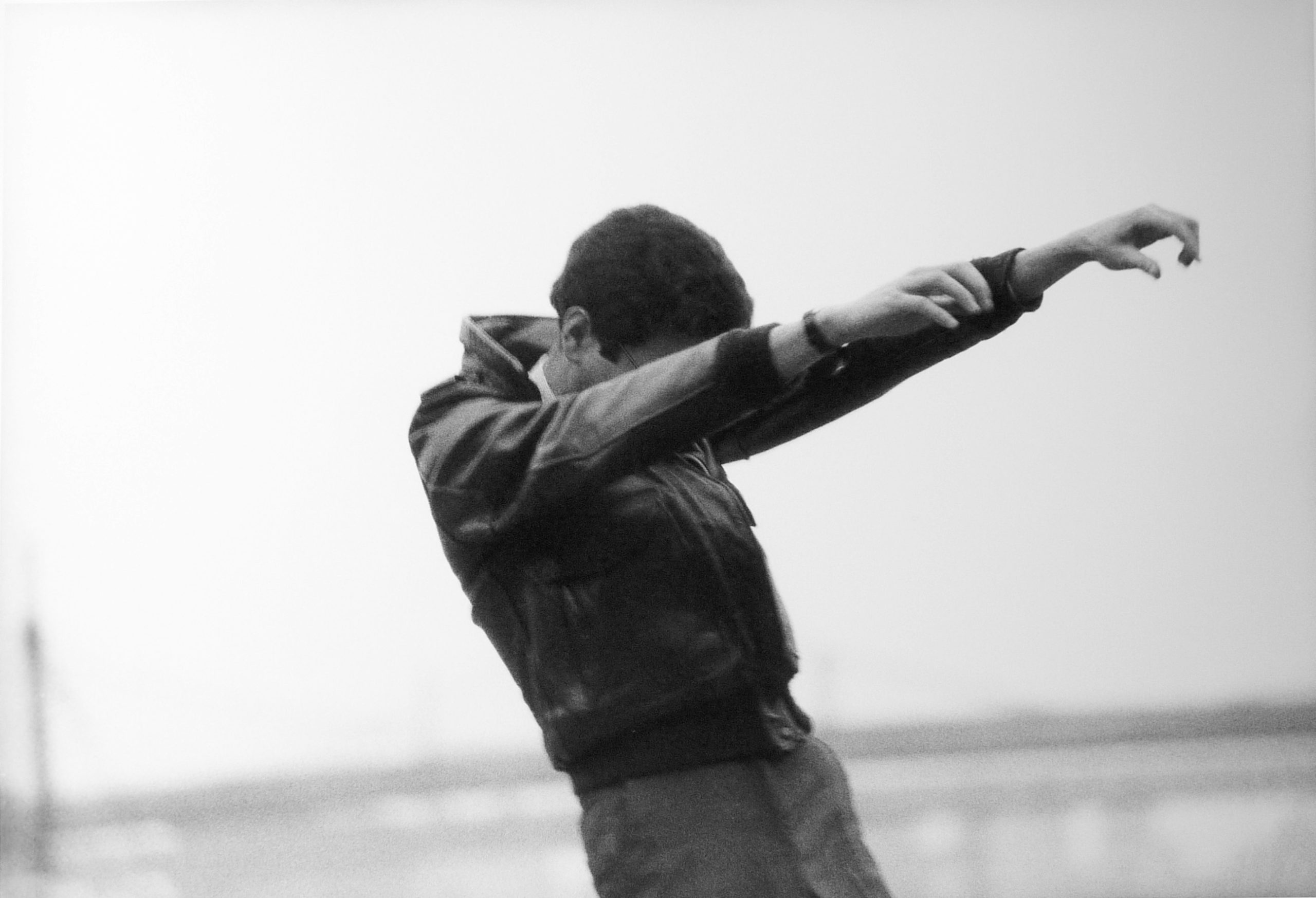 Robert Longo was born in 1953 in Brooklyn and grew up in Long Island, New York. He graduated high school in 1970, the same year as the Kent State University Massacre in Ohio, which started as a student protest against the US invasion of Cambodia and led to nationwide uprisings, spurring Longo to become involved in political organizing. One press photo in particular became symbolic of the social unrest, winning a Pulitzer Prize. The dead student pictured was a former classmate of Longo’s, forever influencing his relationship to media images.

In 1972 Longo received a grant to study restoration and art history in Florence, where he soon discovered that he wanted to make, rather than preserve, art. While in Europe he devised his own “Grand Tour” of the major museums, closely studying both Old and Modern Masters to understand his relationship to art history, which is a pursuit that remains important to the artist to this day. In the fall of 1973 he enrolled as an art student at the State University College in Buffalo, graduating in 1975. During this time he worked under the experimental filmmakers Paul Sharits and Hollis Frampton who introduced him to structural filmmaking and Sergei Eisenstein’s films. While at Buffalo he also co-founded, with Charles Clough, the exhibition space Hallwalls (1974–ongoing), where he organized shows and talks with artists such as Vito Acconci, John Baldessari, Lynda Benglis, Robert Irwin, Joan Jonas, Bruce Nauman, and Richard Serra, establishing an informal network that proved seminal to his development. It was at this time that his life-long friendship with Cindy Sherman began.

Longo moved to New York with Sherman in 1977 and started to work as a studio assistant to Vito Acconci and Dennis Oppenheim. That year he also participated in a five-person show entitled Pictures—curated by Douglas Crimp at Artist’s Space in New York— that was the first exhibition to contextualize a young group of artists who were turning away from Minimalism and Conceptualism and towards image-making, inspired by newspapers, advertisements, film, and television. Over the next decade Longo became known as a leading protagonist of the “Pictures Generation,” working across drawing, photography, painting, sculpture, performance, and film to make provocative critiques of the anaesthetizing and seductive effects of capitalism, mediatized wars, and the cult of history in the US. Longo has been represented by Metro Pictures—the first New York commercial gallery to establish a market for the Pictures Generation artists—since they opened in 1980. He presented the Men in the Cities drawings that were to establish his name at his first solo show at Metro, in 1981. The gallery then premiered his Combines—wall-based works that were part sculpture, part relief, part painting—in 1984, which used Sergei Eisenstein’s theory of montage to juxtapose conflicting imagery and forms exploring the workings of reason, intuition, fantasy, and power; concepts that continue to be important to Longo’s practice. Throughout the 1980s he also remained involved in underground culture, initiating performances, playing in and collaborating with rock bands, contributing to alternative magazines, programming non-profit spaces such as the Kitchen in New York, and designing stage sets. Also pursuing his ongoing fascination with the moving image, in 1986 he produced his first commercial music videos, and directed his first film the following year.

In 1990, Reagan’s economic policies and the first Gulf War triggered a recession that dramatically affected the U.S. art market, which prompted Longo to move to Paris, where he lived and worked until returning to the U.S. to direct the Hollywood film Johnny Mnemonic in 1994-95. Shortly after, Longo returned to the studio to produce Magellan in 1996, a series of 366 small drawings made daily from media over the period of a (leap) year. The result—close ups of rock concerts, murder scenes, sports events, animals, superheroes, plants, riot police, eyes, mouths, people mourning, people kissing, people being tortured—can now be understood as an image lexicon that forms the foundation of his practice to date.

At the turn of the millennium, events such as 9/11 in 2001, and the Iraq War in 2003, profoundly affected Longo’s outlook on the world, just as the Vietnam War and Civil Rights movement had in his youth. From 1999–2008, focusing exclusively on charcoal as a medium, the artist embarked on a cycle of works entitled The Essentials which is Longo’s version of the creation myth, or Genesis. It started with a series of waves, which triggered a series entitled The Freud Cycle, depicting views of Sigmund Freud’s consultation room and apartment during the Nazi occupation of Vienna, which provided the counterbalance of human reason to the oceans’ untamable nature. Subsequently Longo produced parallel series of bombs, sharks, planets, nebula, sleeping children, and roses—images of what he calls “absolutes”—that together embody the collective unconscious.

From 2009-14 Longo then created a body of work entitled The Mysteries, a speculative visual landscape that extends the language of the “world” he had established. Formally the cycle centers on light and movement (both physical and metaphysical) and conceptually the works are surrogates for ancient archetypes, establishing an architecture of politics and religion: images of a light-flooded church interior and a sun-dappled forest in early morning mist are indicators of the ephemeral cognizance of place; a drawing of Einstein’s chalkboard in his study conjures the intuition of reason; while the detailed reflections of the sky in a fighter pilot’s helmet, the defiant eyes of a woman in a burka, or a close-up of a caged tiger that has an equally intense stare, subtly portray the contradictions of contemporary life.

In 2014,–the year the Ferguson riots in Missouri signaled a dramatic rise in racial tension across the United States and that ISIS declared itself a caliphate–Longo started a new series entitled The Destroyer Cycle. Through it the artist considers world events—predominantly through the lens of American media—creating visualizations of power, protest, futility, destruction, and aggression, that together form a searing portrait of our time. In part chronicling current affairs, such as the Occupy Wall Street movement, the Paris Charlie Hebdo shooting, the Black Lives Matter protests, riot police, the migration of refugees, and the treatment of political prisoners, The Destroyer Cycle also reflects on the long-term impact of man on nature, particularly environmental issues. Throughout this series Longo is also pushing the possibilities of charcoal as a medium, both with the scale to which he is now working and in technique, which is adapted with each drawing to reflect the particularities of the source imagery, from articulating the graininess of an infrared telephoto image, to the pixilation of degraded video, or from carving the shattered glass of a bullet hole, to depicting the worn surface of an ancient stone monument.

In parallel with these cycles, Longo has continued to engage with art history through various works he collectively calls Forensic Distance. Since 2006 he has explored how artists have depicted the times in which they live through producing small graphite drawings that render famous historical works in intimate, monochromatic detail (The Heritage Drawings). In 2014, he produced a body of work that focused on the output of the Abstract Expressionists, as well as a monumental re-reading of Picasso’s Guernica: Untitled (Guernica Redacted, After Picasso’s Guernica, 1937), (2014). Since 2015 he has embarked on a series entitled Hungry Ghosts, which are drawings based on X-rays of famous paintings from transparencies kept by conservation departments of major museums such as the Louvre in Paris, the Museum of Modern Art in New York, and most recently the Courtauld Institute of Art in London. Through these, Longo looks to render the “truth” of an image beyond its surface appearance and hone his inquiry into revealing invisible layers of meaning.